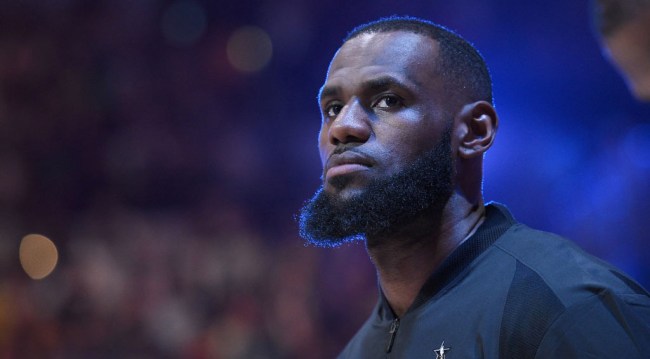 The show is pretty similar to one produced by LeBron in which the Cavs superstar sits in a barbershop and talks to friends and other NBA players about current topics.

.@KingJames doesn't drive — unless he's got a droptop and a Christmas Day game to get to. #TheShop pic.twitter.com/27n7Tq0WfZ

LeBron’s team is so incensed with Alabama for allegedly ripping off their show that they sent the school a cease and desist letter for violating their intellectual property.

The letter goes on to invite a conversation with Alabama before “rushing into legal proceedings.” “

I’m not a lawyer but it doesn’t seem like the shows are similar enough for there to be a copyright violation but I guess that’s up to the courts to decide if Alabama wants to fight it.