Nike’s Newest LeBron James Ad Is Straight Up Awesome, No Other Way To Put It 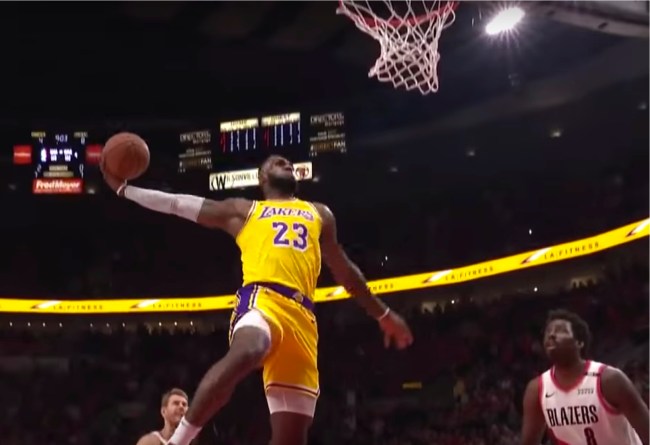 If you’ve ever read anything I’ve written about LeBron James, you know that I’ve got a serious man crush on the dude. After all, the guy led my hometown of Cleveland to the promised land in 2016, delivering a championship for the first time in 52 years, and, along the way, became the GOAT by leading his teams to eight-straight NBA Finals. Basically, it’s LeBron’s world and we’re all just trying to live in it.

As someone who watched Bron play in high school, I can remember firsthand how much hype and pressure was surrounding him back when he was a teenager. From his St. Vincent-St. Mary’s games being nationally televised to him landing the cover of Sports Illustrated during his sophomore year, big things were always expected for LeBron James — and, somehow, he’s been capable of exceeding them all.

Well, Nike’s newest ad about James is about that aforementioned pressure, with the Swoosh going back in the archives to find an interview with an 18-year-old James answering questions about pressure as he entered the NBA after being taken No. 1 overall by his hometown Cavs. Like most things Nike does, the spot came out brilliantly.

The way that Nike was able to get creative and use James’ own words 15 years ago to build hype for the guy as he makes his home debut with the L.A. Lakers tonight is awesome. It’s a reminder why they continue to put out some of the most impactful ads for sports fans, and why LeBonr James, who always reminds us that’s he “just a kid from Akron,” was always destined for the bright lights of Los Angeles.

Man, I sure do miss seeing Bron in a Cavs uniform. But, as this Nike ad shows, the guy was built to play for the biggest franchise on the biggest stage, so here’s to seeing him continue to dominate the Association.