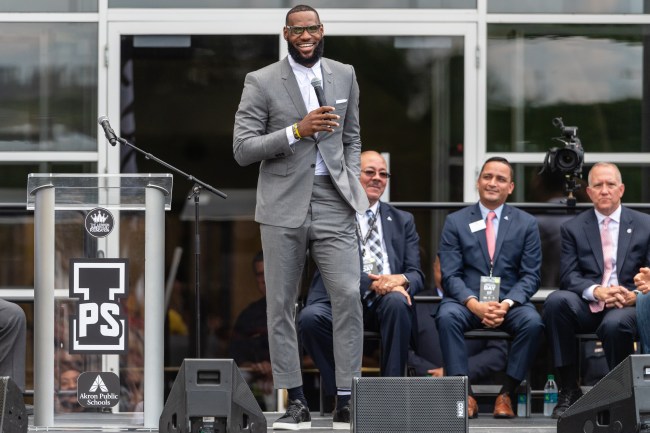 After Donald Trump won the Presidency in 2016 we’ve heard several celebrities including Kanye West, Oprah and The Rock have considered entering politics. It seems like NBA superstar LeBron James might be another athlete/celebrity who believes he may have a shot at becoming POTUS one day.

According to Skip Bayless, ‘someone close’ to the Los Angeles Lakers superstar recently said that LeBron has seriously considered running for President of the United States someday.

FYI: I heard today from someone close to LeBron who said he HAS seriously considered running for President of the United States some day. "It's a plan of his but not yet a goal," the source said.

Skip, who has been a longtime LeBron hater, even went on to say that he believes LeBron could handle the presidency if he wanted to take that route.

"I think he could handle this. He’s been handling this since he was 15-years-old.” pic.twitter.com/P7tKC65qL0

Over the weekend LeBron was asked if he was considering running for President in the future and he has denied it.

LeBron James on whether he’d consider running for president pic.twitter.com/HwUS6Mr57e

After Trump won the presidency I wouldn’t put it past LeBron or anyone else to run for office.