The Lingerie, I Mean Legends Football League Just Went And Changed Their Uniforms For 2017 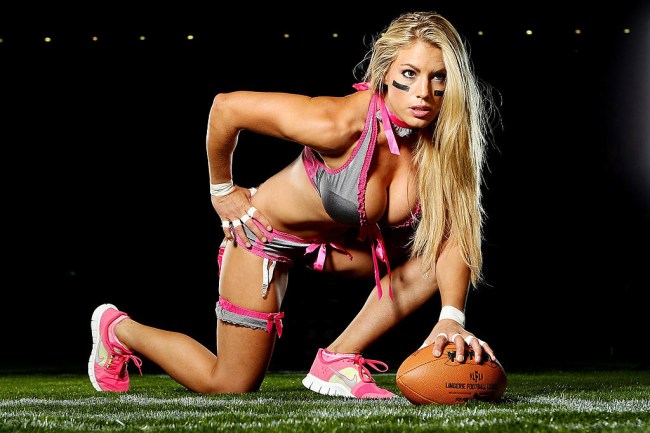 Now with that out of the way, remember in 2013 when they changed the name of the league to the Legends Football League yet the uniforms still looked like this accomplishing nothing more than confusing my addled brain with the name change?

I still don’t know why it’s called the “Legends” Football League. I suppose I could look it up, but I really don’t care.

What I do care about it that the LFL just announced they are changing up their uniforms for the 2017 season.

“The uniform has been subject to a lot of discussion and at times controversy since the sport’s inception in 2009,” says media relations director Philip Darnell. “Original uniforms from 2009 to 2012 when the brand was known as the Lingerie Football League were a skimpier sports bra and boy shorts with lingerie accents. In 2013, with the re-brand to Legends Football League, there was a complete change of fabric to performance compression wear and all lingerie accents were removed.

“Fast forward to 2017, the next major evolution of the on-field uniform has arrived, full pants uniforms which will place more of the viewer’s attention on the athlete and sport as well as providing greater safety for athletes.”

Quite a different look, huh?

Well, don’t fret too much because here’s a look at what I assume are alternate uniforms?

First, Jerry Rice’s daughter says she’s trying out for the league and now new uniforms? The LFL is on its way to the big-time, folks.

(I still don’t know what the “Legends” means.)