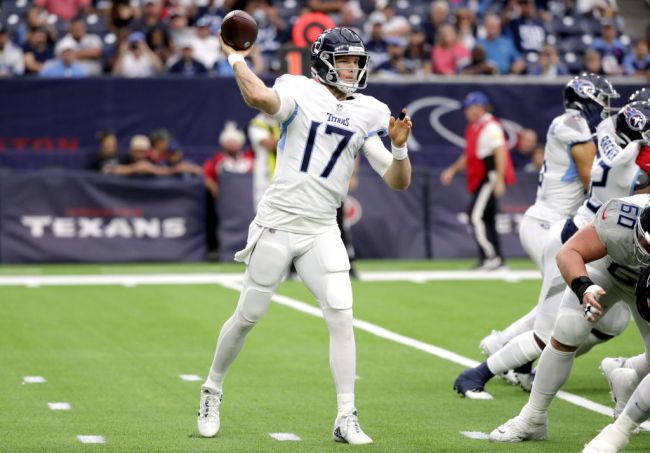 Many fans of the MCU are likely doing everything in their power to avoid Lesean McCoy’s Twitter account this week with a Moon Knight finale and new Doctor Strange movie available for him to spoil. However, instead of ruining viewing experiences for fans of superheroes, McCoy had a nobler cause for his Twitter today.

Instead of revealing the Illuminati lineup to the world, McCoy has chose to give his opinion on the Ryan Tannehill situation in Tennessee. Tannehill told reporters yesterday that he wasn’t interested in mentoring his new understudy, Malik Willis.

Tannehill’s stance is not one that football fans have agreed with and even Kurt Warner called him out yesterday. Now McCoy has joined in with his own opinion on Tannehill.

If you don’t want to mentor I get it but don’t call yourself a good teammate. If anything happens to you and he needs to replace you let’s pray he is prepared. Winning is the only stat that matters if you are a good teammate.

Tannehill has gotten just about no support on this one from around the football world and it’s easy to see why. It’s simply not a good look for a quarterback coming off of a disappointing season and an awful playoff performance to be rejecting the mentor role in his mid-30s.

It looks especially bad when you consider that Eli Manning and Ben Roethlisberger both accepted these roles even though they believed they still had more to offer. Even Aaron Rodgers has reportedly mentored Jordan Love while repeatedly proving that drafting Love was a huge mistake for the Packers.

Maybe Tannehill will change his mind after the sting of seeing his replacement drafted wears off, but for now he’s going to just have to be the target of criticism from former NFL players like McCoy.