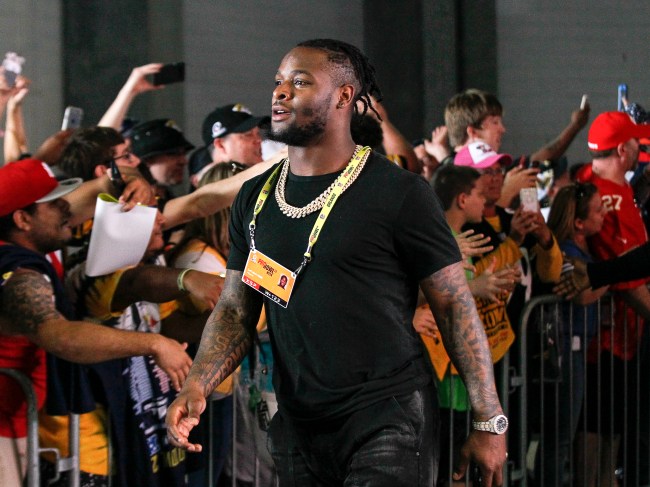 Le’Veon Bell just inked a massive deal with the New York Jets this offseason, earning himself a four-year deal worth $52.5 million, which includes $27.1 million guaranteed. While it took the All-Pro running back a year of sitting out to get the money he was looking for, the drama hasn’t seemed to stop with this guy, because, apparently, new Jets head coach Adam Gase never wanted to sign Bell in the first place.

While there’s plenty of dysfunction going on within the Jets organization right now after the team fired its general manager recently, Le’Veon Bell’s just trying to focus on the season and be himself — which, naturally, includes being a pro athlete who likes to post things on social media. Oh, if only it were that simple, though, because, according to ESPN’s Dianna Russini, Gase said in a super awkward press conference this morning that he actually has his new superstar read all the potential posts past him before being allowed to post. Talk about freedom of speech, huh?

In case anyone is wondering this press conference is very uncomfortable. #Jets

If there’s anything we’ve learned about Adam Gase in the past few weeks, it’s that he’s a mega control freak who needs things done his way. Who knows if that’s why he got axed by the Miami Dolphins after last season, and who knows what that means for the New York Jets now — who promoted him to interim general manager following the firing of their old one. The last thing a man who already has power needs more of is, well, increased power, yet that’s what the Jets are giving Gase.

Either way, the fact that Gase is monitoring Le’Veon Bell’s personal social media accounts by flitering them first is insane. The guy is a grown-ass man who can say what he wants to on his personal account. Sure, it might look bad for the team or be cryptic, but, hey, that’s the way of the world these days.

For all the work Adam Gase should be focusing on to rebuild the New York Jets, he’d rather monitor Le’Veon Bell’s Instagram account for him. Wonder if the head coach included “Social Media Manager” on his resume while interviewing for the gig or not, because it seems like that’s a responsibility he’s looking to add to his laundry list of things to do for the team.