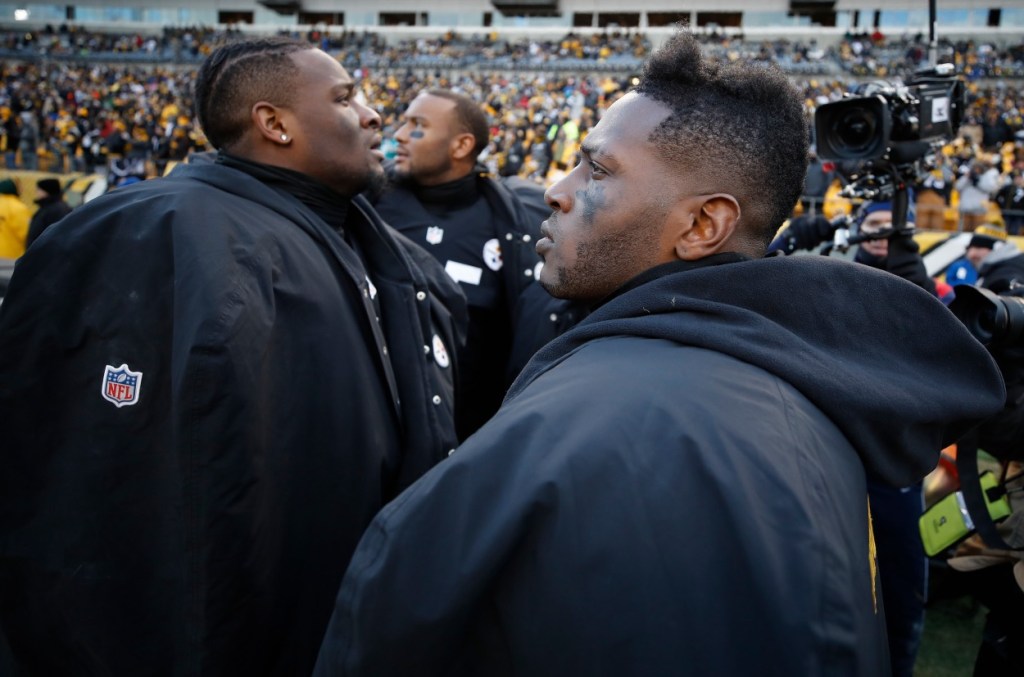 News began circulating on Tuesday that Tampa Bay Buccaneers running back Leonard Fournette would be placed on the IR and miss the rest of the regular season. Reports then surfaced that the Buccaneers would sign veteran running back Le’Veon Bell and that became official on Wednesday morning.

The Buccaneers announced they’d signed running back Le’Veon Bell as the Bucs continue to gear up for the playoffs and need to reload a depleted backfield and offense. Bucs wide receiver Antonio Brown also comes back from suspension this week and Tampa desperately needs him with Mike Evans and Chris Godwin injured.

The significance of Antonio Brown and Le’Veon Bell reuniting on the Buccaneers team for the first time since their Steelers days wasn’t lost on fans. Everyone on social media seemed to have thoughts about the Buccaneers signing another veteran NFL player, which they’ve done frequently since Tom Brady joined the Bucs.

Bell’s most recent NFL action was with Baltimore in October and November where he racked up 2 touchdowns and 81 yards. He’ll certainly feature more prominently on the Bucs’ roster as they’re without their RB1 for the rest of the regular season.

Ronald Jones is a fine RB2 and the Buccaneers also have Ke’Shawn Vaughn on the roster but the addition of Le’Veon Bell combined with Antonio Brown coming back is huge for Tampa Bay.

Imagine reading this back in 2016.

Brown and bell back on the same team pic.twitter.com/mrH1D31E71

Now sign Big Ben in the off-season & the holy Trinity is complete.

L Bell and AB about to fight 👀

Antonio Brown and Le’Veon Bell are on the same team again pic.twitter.com/ysvX860fQ5

When you are a Bucs fan and realize Bell and Brown are in the same locker room again pic.twitter.com/39k1TJzboP

I’m a born and raised Tampa Bay Buccaneers fan and this Le’Veon Bell x Antonio Brown reunion doesn’t have me spooked at all. I reserve the right to change my mind on that later. But this is Tom Brady’s team and he’s not about to allow locker room drama between those guys disrupt the Bucs’ playoffs run.

The way things are going, the Buccaneers could lock up the #2 seed and it’s possible the Saints get the 7th seed. This means a playoffs matchup between Tom Brady and the New Orleans Saints that swept the Bucs in the regular season is a very real possibility. Keep an eye on that story line.