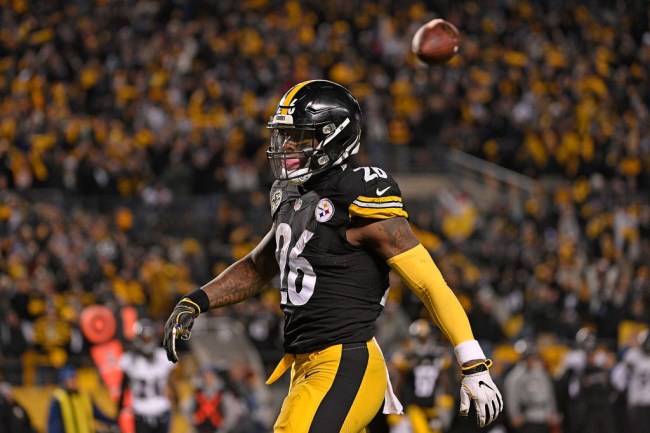 Remember way back last Wednesday when several of Le’Veon Bell’s Pittsburgh Steelers teammates went in on him for holding out? This coming shortly after Bell’s agent said the star running back might not even play until week 10 of the NFL season? Yeah, well, they may have, go figure, made matters worse.

According to former NFL running back Maurice Jones-Drew, Bell spoke to him about his holdout and, sure enough, he wasn’t happy with his teammates derogatory comments about him.

The Pittsburgh Tribune-Review reports that Jones-Drew shared this new information on “The Dave Dameshek Football Program.”

Jones-Drew said that Bell had a return strategy in place that may have been impacted by his teammates publicly commenting about his contractual status.

“I don’t know when he comes back,” Jones-Drew said. “He had a plan. He told me, but I will never say it.

“I knew. But then I didn’t know because all this stuff came out after the players said (what they did about his contract).”

At one point, Bell was described as “livid” over that development by Jones-Drew. Later on, though, the former Jaguar says Bell rationalized away that emotion by stating his teammates just didn’t understand the situation.

So, good job, guys. While you are gearing up for the Kansas City Chiefs this weekend, your boy Le’Veon Bell is partying the night away in Miami.

In other Le’Veon Bell news, fantasy football owners are still apopleptic over Bell not playing yet this season.

@LeVeonBell yo what do I have to do to get you on the field, I’m trynna win a fantasy championship my dude 😂

@LeVeonBell thanks for the holdout and fucking me in fantasy, take an offer and quit screwing your team!

@LeVeonBell what the hell are you doing, I need my fantasy points!

@steelers please sign @LeVeonBell my fantasy team depends on it

Yo @LeVeonBell, if you're cool skipping out on $850K per week of your holdout, would you mind tossing me $20 to cover my fantasy dues? You're totally gonna destroy my season.

How I feel as a @LeVeonBell fantasy owner and his situation with the Steelers. pic.twitter.com/OPXJQsRJfZ

And on it goes.

Should have seen this coming…

to all my Steeler fans, my desire always has been to retire a Steeler…both sides worked extremely hard today to make that happen, but the NFL is a hard business at times…to the fans that had hope, I’m sorry we let youu down but trust me, 2018 will be my best season to date…