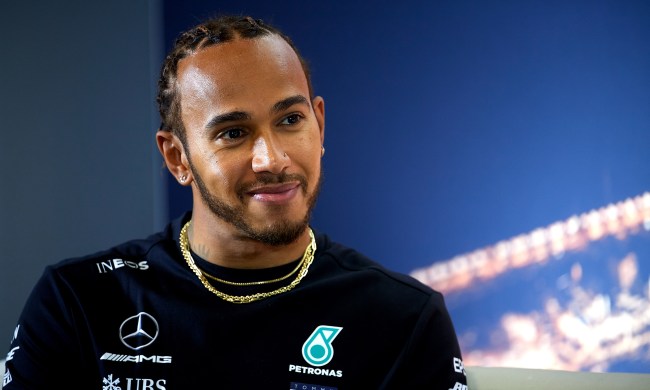 With the 2020 Formula 1 season having been delayed thanks to the global pandemic until at least July 3-5 with the Rolex Grosser Preis von Osterreich currently set for that weekend at The Red Bull Ring in Austria, 2019 F1 World Champion Lewis Hamilton has had more than enough time to get his 35-year-old body ready for a run at championship number seven.

Not that he needed the extra time, considering he is coming off winning not only the 2019 World Championship, but the 2018 and 2017 titles as well, he is still certainly at the height of his game… and it shows.

Last week, as part of Men’s Health’s new Body Issue, Hamilton sat down with Giuliano Donati and discussed how he keeps himself in tip top shape and ready to handle the rigors of racing one of the most powerful cars in motorsports.

“I like lifting weights, but I have to make sure that I don’t overdo it,” Hamilton shared. “Formula 1 drivers can’t be too heavy: more muscle means more kilos. It’s also disadvantageous to put too much muscle on your shoulders and arms, because you need to have a low centre of gravity in the car. It’s important to have a good cardiovascular system as a driver. Over the course of a two-hour race, you might have an average heartbeat of 160-170bpm. During qualifying, it can go up to 190bpm. That’s why I do a lot of running. Sprints are a part of every workout.”

Hamilton does admit, however, that when he was younger he “didn’t have a strategy” when it comes to fitness. He “just got in the car and drove to win.”

Since then he’s tried to incorporate other forms of exercise like boxing, muay Thai, and most recently pilates where he focuses on his core.

As for what he eats to fuel the machine that is his body, Hamilton says he switched to a plant-based diet three years ago and says about the move, “The only thing I regret is not having done it before,” having noticed a significant improvement in his fitness level since making the dietary switch.

“I was already at the top before changing my approach to food, but I was definitely struggling more and my energy was inconsistent. I had days when I felt strong and others when I was just sapped. When I switched to a plant-based diet, those highs and lows decreased significantly. I’ve also noticed positive effects on my sleep and on my health in general. The benefits keep coming, and I’ve honestly never felt better.”

If this season turns out as well for Hamilton as the past three have, i.e. winning the title, he will have tied Michael Schumacher’s once thought unbeatable record for most Forumla 1 world championships of all time with seven.

Are you going to bet against this guy?