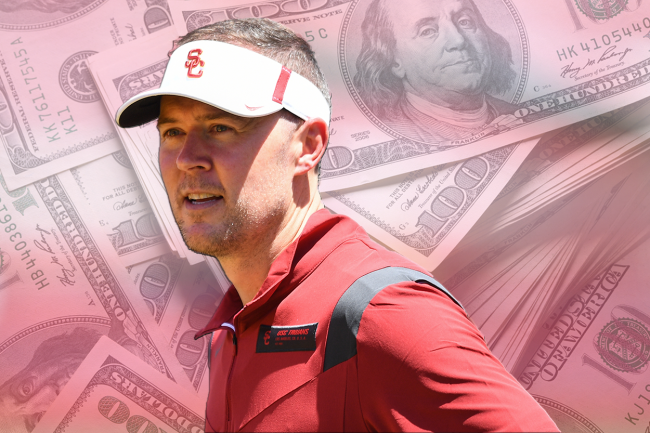 Money has a direct correlation to success more than ever in today’s modern age of college football. As the one-year mark from the implementation of Name, Image and Likeness approaches, programs around the country are trying to find innovative ways to get ahead in the space.

At the forefront of that innovation is the University of Southern California.

The Trojans are in prime position to make a real push to lead the space and are doing exactly that. Seeing that USC sits firmly in the heart of Los Angeles, one of the largest media cities in the world, it has placed a significant emphasis on tapping into those NIL opportunities.

To do so, even before NIL was officially introduced, the school created BLVD, an in-house creative lab that provides resources, education, and strategy to help student-athletes build, promote, and leverage their brands and maximize their market value. Now it is partnering with a media agency.

Athletic director Mike Bohn announced last week that USC Athletics reached an agreement with Stay Doubted, a modern-day media agency empowering the next generation of student-athletes and fans, to provide enhanced NIL services to its student-athletes. The agency has managed over $63 million in sports partnerships, including more than $1 million in collegiate athletic partnerships in the last year.

Stay Doubted has partnered with companies like Amazon, State Farm, Verizon, lululemon, Microsoft and many others. It has established a subsidiary that will exclusively serve USC student-athletes to assist with the development of NIL opportunities.

Here are the details of the Stay Doubted and BLVD partnership, according to USC Athletics:

In doing so, he made a direct plea for NIL money. Riley implied that to be elite in today’s collegiate athletics landscape, NIL is a necessity.

He then proceeded to ask for support within the BLVD and NIL space.

Find out how you can contribute to BLVD by emailing BLVD@StayDoubted.com#FightOn ✌️ pic.twitter.com/uOuaQf9OGE

USC is the only program in the country with an entity like BLVD. Its partnership with Stay Doubted is also one-of-a-kind. However, Riley’s plea is not uncommon.

Ohio State head coach Ryan Day recently asked his boosters for $13 million in NIL to keep his roster in tact. Riley didn’t ask for an exact number, but he asked local and national businesses to get on board, making it very clear that USC — or any college football program — cannot be elite without NIL.