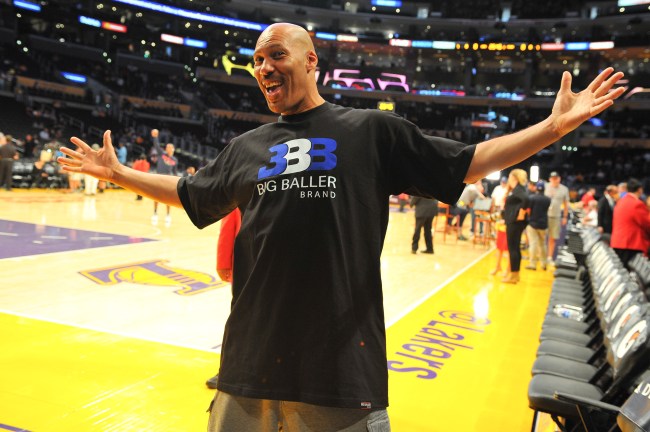 LaVar Ball. Now there’s a name you don’t hear nearly as often as you used to.

He’s been on the sidelines of NBA coverage with his reality TV show and it seems like ever since LeBron James showed up in Los Angeles with the Lakers, LaVar Ball‘s been pretty silent in the media.

Interestingly, this story isn’t even about LaVar running his mouth and saying that he can beat Michael Jordan 1-on-1 (spoiler alert: he would’ve gotten CRUSHED based on this video), or telling someone to stay in their lane. The latest Ball family news is coming out of Lithuania where LiAngelo and LaMelo played for the basketball club BC Prienai (formerly BC Vytautas).

The team sent out a press release on Thursday (and misdated it, saying it was from July). In the press release, the team calls out the Ball family for turning their team into a circus and they call out the Big Baller Brand for ‘destroying the club‘ by refusing to pay out money.

Here are some excerpts from that press release which you can read in full here:

As head coach Virginijus Seskus explained in his interview, the club and its goals was merely
a joke to the BBB, who were there only to breathe life into their dying TV show. “The first and most crucial mistake we made was allowing them, especially LaVar, think that
they are in charge of the club – its decisions, its plans and even the game. His boys where
nowhere near the level of the LKL, let alone NBA, which league obviously understands, seeing the draft outcome. And the most disappointing fact was that they had no inner drive
to become better. And when they saw it was going nowhere, they started destroying the
club, not paying out prize money to the Big Baller Brand tournament winners, etc.,” explains
Seskus.

Harsh words, right? Calling them out for using the team to inject energy into a lifeless reality show. Then saying they refuse to live up to financial obligations.

It didn’t stop there. The press release went on to say the club took a ‘courageous leap of faith’ by entering into an agreement with the Big Baller Brand, one that appears to have massively backfired.

Why now? Why wait all this time to put the Ball family on notice for ruining their franchise?

Are these the people who issue coupons for a free drink when your flight is delayed? Refunds when your flight gets canceled? Or do they pay out the flight crew and aviation staff? I’m getting sidetracked…

It was only last week that Brandon Phillips claimed LaVar Ball’s JBA League owes him two paychecks and they league wasn’t answering his calls or emails.