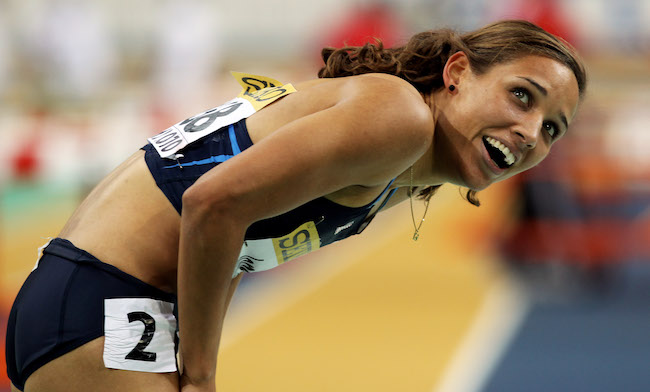 On Monday, Blake Griffin was sent to the Detroit Pistons in a surprise trade that generated a wide variety of reactions (and reaction GIFs) from people around the internet. One of those people was hurdler, bobsledder, and high-profile virgin LoLo Jones, who— for some reason— decided to pop into Griffin’s Instagram comments with an unexpected body slam from the top rope after being asked if she was trying to get his attention.

It was the comment that sparked a million questions, including:

I still haven’t gotten any answers to these questions, but we now know a few more details thanks to a chat Jones recently had with For The Win.

She provided some insight into what it’s like to compete for a spot on the Olympic bobsled teams (as well as what it’s like to not be invited to PyeongChang) before throwing some extra coal into the engine of the gossip train by divulging some additional details about her rendezvous with the former Clipper.

She claimed that people took what was supposed to be a light-hearted comment too seriously, saying:

“Whenever I’m posting, I’m just trying to make people laugh. That one with Blake? I was just responding to a fan, because they were saying ‘You want to hook up with him!’ And I was like, nah, I actually already went on a date with him and it wasn’t a good date.”

On the plus side, Griffin ended up paying for the date, so she’s got that going for her which is nice. I highly recommend checking out the entire interview here.