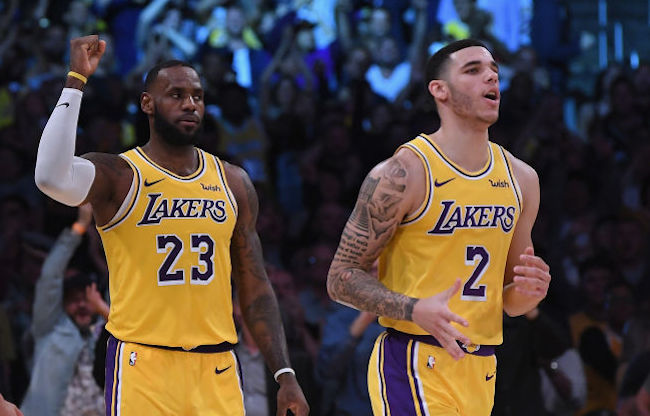 Over the course of his career, LeBron James has done everything in his power to eclipse Michael Jordan as the greatest basketball play of all time, but despite his valiant effort, there’s still one gaping hole on his résumé: starring in a movie with the Looney Tunes.

LeBron decided to rectify that problem when he entered the world of entertainment a few years ago by founding his own production company, and after tons of speculation, the rumors were finally confirmed last fall when SpringHill announced a sequel to Space Jam was officially in the works.

The original Space Jam featured a stacked lineup of some of the biggest names in the NBA at the time, but based on recent reports, it’s starting to look like the followup might be lacking in the star power department.

Earlier this month, Giannis Antetokounmpo said he had no interest in going Hollywood, and shortly after that, it was revealed Kevin Durant, Steph Curry, and James Harden were also out of the running.

As a result, LeBron needs all the help he can get but it appears the beggar has decided to be a chooser based one some recent comments by his teammate Lonzo Ball.

According to Bleacher Report, the Laker chatted with House of Highlights on Tuesday when the topic of Space Jam 2 came up and Ball said he’d love to join the cast. However, there’s one tiny problem: LeBron hasn’t extended an invitation.

Be more disrespectful, LeBron. You can’t.

I could honestly care less if Lonzo ends up getting cast but there’s nothing I’d love more to see LaVar team up with Mr. Swackhammer and the Monstars and fully embrace his role as the villain once and for all.