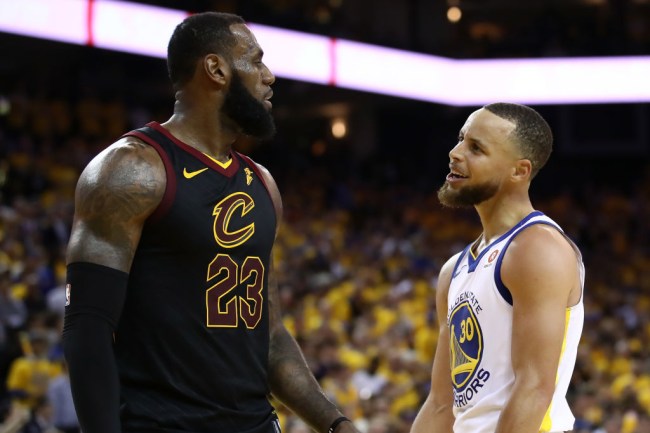 In 1993, Michael Jordan shocked the world when he announced he was retiring from basketball in order to pursue a career in professional baseball, which definitely, totally, and unequivocally had nothing to do with his crippling gambling habits.

Jordan would return to the NBA a couple of years later and eventually chronicled what really went down during his hiatus in the 1996 documentary Space Jam, which told the story of the time he teamed up with the Looney Tunes to save Bugs Bunny and the gang from eternal enslavement on another planet.

If you grew up in the 90s, there’s a very good chance Space Jam holds a special place in your heart, and if you’re like me, you’re still bumping some of the bangers from the soundtrack to this day.

Hollywood started throwing around the idea of a Space Jam sequel shortly after the original film was released but the ball didn’t really get rolling until 2014, which is when Warner Bros. announced they were planning to make a followup with LeBron James.

After years of living in development hell, the studio finally announced Space Jam 2 was officially happening back in September.

It was eventually revealed we’re going to have to wait until the summer of 2021 before the film hits theaters, and while that seems like an eternity, it’s starting to look like LeBron needs all the time he can get based on how poorly the casting process seems to be going.

However, it was recently reported LeBron and the studio are having trouble recruiting players to join him in the sequel and Giannis Antetokounmpo helped confirm the rumors when he said he had no interest in going Hollywood.

Now, according to The Hollywood Reporter, the movie has taken yet another hit after it was revealed three of the biggest names in the NBA probably won’t be donning a Tunesqaud uniform.

The outlet reports Steph Curry, Kevin Durant, and James Harden are out of contention based on a few reasons, the most notable of which is sneaker politics. Nike is obviously planning on using Space Jam 2 to promote its wares, which would make things awkward for Curry and Harden, who are respectively signed to Under Armour and Adidas.

As for Durant? While he might have a contract with Nike, sources say he’s too busy focusing on his own entertainment career, which includes producing a show based on his life and trying to make people forget Thunderstruck ever happened.