Eagles Fans Stay Very On Brand Looting A Furniture Store In Philly, Take Everything But A Cowboys Recliner 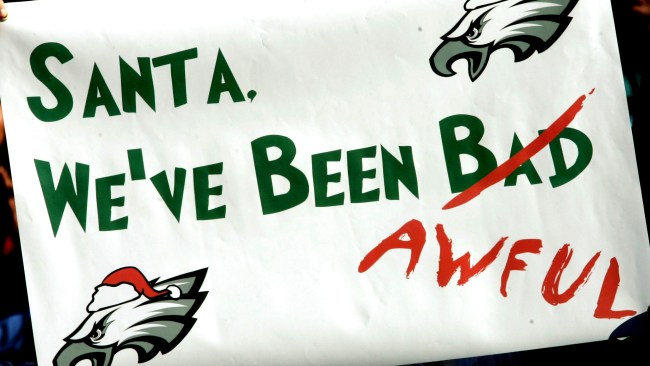 Philadelphia Eagles fans are truly one of a kind. That’s not always a good thing, but it’s a fact.

It’s such a widely known fact that quarterback Nick Foles, who will be playing for the Chicago Bears in 2020 and was a key component of the Eagles’ one and only Super Bowl victory in 2018, actually went on the air recently with NBC Sports Philadelphia’s John Clark and politely asked Eagles fans to not boo him when he returns to Lincoln Financial Field.

Because if he had signed with one of those teams it’s a guarantee he would get booed.

Aww, who are we kidding? Foles is going to get booed anyway because, well, it’s Philly.

We’re talking about some seriously outspoken and diehard fans here.

A perfect example of just how diehard Eagles fans are was on display on Tuesday when someone took video of a furniture store in Philadelphia that looters had completely cleaned out… except for one thing: a Dallas Cowboys recliner.

The first question that comes to my mind while watching this video is, why would a Philadelphia furniture store even have a Dallas Cowboys recliner in the first place? I mean, when looters don’t even want it, how did the owners of the store ever expect to actually get someone in Philadelphia to pay cash money for it?