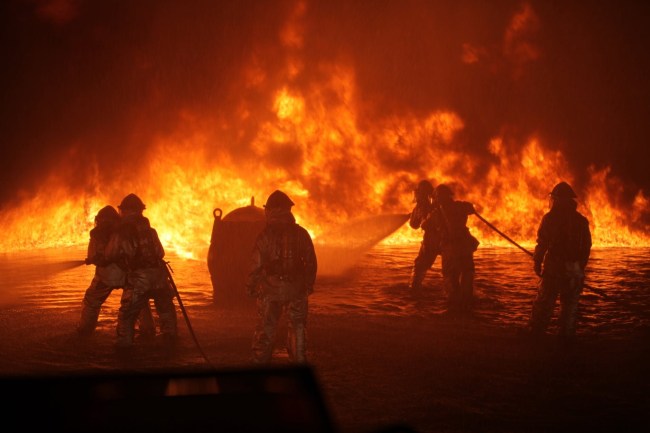 The Los Angeles Rams and Kansas City Chiefs were forced to move their highly-anticipated Monday Night Football game next week to the L.A. Coliseum due to terrible field conditions in the original location of Mexico City. As I reported earlier, players from both teams were even threatening to boycott the game and sit out had the contest stayed in Mexico, so the NFL should be getting the best product on the gridiron once Monday night rolls around.

While the league did the right thing by relocating the game back to Los Angeles, it left the Rams with a unique situation, as they’re now in chaos mode to try and fill the Coliseum. Well, the team is pulling a mega bro move to help in that area, because, per NFL.com, Rams officials have decided to allot thousands of tickets for Los Angeles-area first responders of the recent tragedies that have happened in the city over the past couple weeks.

The club also said that it will be “providing thousands of complimentary tickets to first responders who are bravely protecting the greater Los Angeles community, as well as people who have been impacted by our community’s recent tragedies.”

The general public can begin purchasing tickets on Wednesday at 1 p.m. PT on therams.com.

For those who are living under a rock, the L.A. area hasn’t only been hit by wildfires that have burned nearly 150 square miles of land and have destroyed homes and businesses along the way, but a mass shooting in Thousand Oaks occurred last week, too, leaving 12 dead. The shooting was a mere miles from the Rams’ practice facility.

Given the devastating circumstances around the Los Angeles area lately, the Rams are doing their part to honor those who are risking their own lives to help others, so kudos to them for giving back. Sure, they could have just stuck with a moment of silence again for all that’s going on around them — as they did last week — but they saw an opportunity to give first responders a little relief of their own by offering up tickets for Monday Night Football in what’s being touted as the game of the year in the NFL. Just awesome stuff.