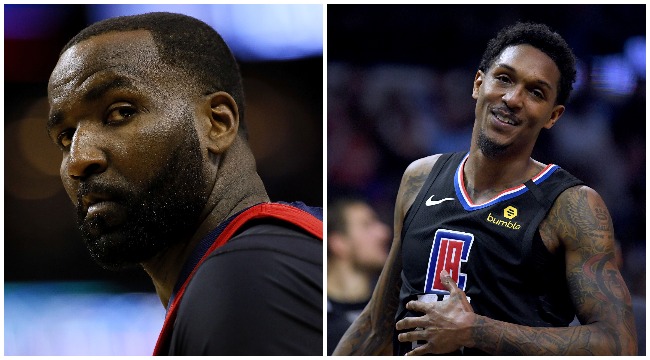 A gentleman’s club in Atlanta is sliding down poles in celebration right now after Clippers guard Lou Williams ultimately dished out $150,000 for their chicken wings.

The NBA veteran broke protocol to visit Magic City strip club initially citing a “family matter,” so he’ll now have to quarantine for 10 days, miss the first two games of the relaunched season, and forfeit a six figure payday.

From the looks of these beauties, they may be worth it.

One dude who didn’t find Lou’s tomfoolery amusing was retired NBA player-turned-krumugin Kendrick Perkins, who claimed Williams should be more mature as a 16-year vet in the league. Perkins comments ignited a war of words between the two.

15 years in this business and the most dirt you have on my name is stopping to get hot wings during a pandemic. Perk. Shut up. And stop laughing and saying it’s just tv when you run into me too. https://t.co/2xnCpG9I1J

Kendrick Perkins has become Draymond Green in a suit.