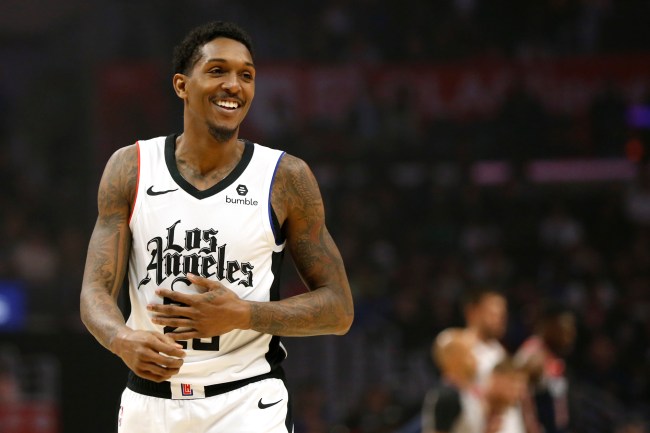 There is no cooler dude in the NBA than Lou Williams and I have the data points to prove it.

Exhibit A: A gunman once tried to rob Williams at a stoplight and upon realizing who Lou was and all he’s done for the city of Philadelphia, decided against it. Instead, Williams bought the man a feast at McDonald’s and the two shot the shit. Not literally.

Exhibit B: In his rookie year (straight out of high school), Williams made $15,000 from teammates by crushing a six-pack on the team bus.

Exhibit C: Lou once celebrated his girlfriend’s birthday. With his other girlfriend.

Lou Williams has been a legend since the two girlfriend era, some people are just catching on now pic.twitter.com/ORFUigR4Tt

The NBA’s three-time Sixth Man of the Year missed his Clippers’ game on Tuesday against Sacramento to be there for the birth of his son on New Year’s Eve.

His baby son is suitably named Syx, an homage to his father being the only player in NBA history aside from Jamal Crawford to win the Sixth Man of the Year award three times.

After the Clippers’ 126-112 win over the Pistons on Thursday night, Williams spoke about the genesis of the name.

Lou Williams says he wanted to give his newborn son a unique name and went with Syx, since Lou is a 3-time Sixth Man of the Year.

Also says he’ll have a basketball in his hands soon – “It won’t be long. A couple weeks. Gonna give him time to eat and realize he’s in our world.” pic.twitter.com/rlKPkNodGM

“I always said if I had a son, I was going to give him a unique name. Nothing was coming to me, so I just said, ‘you know what, I’m going to name him six, spell it a little different, and just have some fun with it,” Williams told FOX Sports’ Jamie Maggio.

Maggio asked how long it would be before Williams puts a basketball into his son’s hands.

“It won’t be long. Couple weeks. Give him time to eat a little bit, realize he’s in our world,” said Williams. [via Larry Brown Sports]

Syx for the 6th man.

Syx also happens to be the number of girlfriend’s Lou has living under his roof is what I choose to believe.