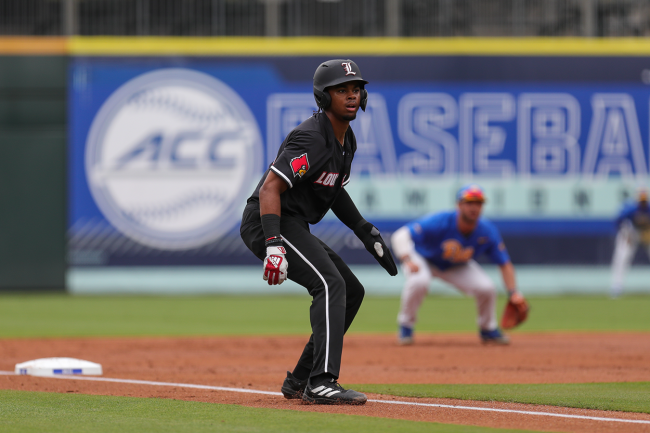 The decision on if and when to bunt in baseball is one of the most highly-debated topics in sports. On Saturday, Louisville baseball was at the forefront of that conversation and got absolutely eviscerated for a dumbfounding call.

The Cardinals, one of the top-12 seeds in the NCAA baseball tournament, traveled to College Station over the weekend for a three-game Super Regional series against Texas A&M. After losing Game 1, it was do-or-die on Saturday

If the Aggies won, they advanced to the College World Series. If not, Game 3 was to be played on Sunday.

That’s why Louisville head coach Dan McDonnell’s decision in the third inning is so bizarre. It was a crucial opportunity that was completely squandered.

With the bases juiced and two outs, McDonell decided to test A&M pitcher Micah Dallas. Dallas had trouble fielding his position in the regional last weekend so the Cardinals head coach tried to get creative and had his batter lay down a bunt— with the bases loaded and two outs.

It did not work. At all. The bunt barely dribbled down the third base line so the Aggie catcher stepped up to field the ball and did so cleanly. He then tagged out the runner coming home with the utmost ease for the third out. Not a single run scored and the inning ended.

WHAT ARE WE DOING????? pic.twitter.com/ek5CWuiCjT

Louisville’s decision to bunt was and is truly mind-blowing and Twitter had a field day.

What the hell was Louisville coach thinking? Bunt with bases loaded

Wow squeeze bunt with 2 outs and the bases juiced was a terrible call AND terribly executed! Thank you Louisville, we owe you for that one 😂

Louisville with a bases loaded bunt (2 outs). That is a new one.

y tf did louisville bunt with bases loaded and 2 outs

Did Louisville just bunt with bases loaded and 2 outs? Lol

Three innings complete: Louisville 2, Texas A&M 2. Cards had bases loaded with two out in the third and Levi Usher bunted into an out. Curious strategy in that situation.

Louisville giving us a gift

that was certainly a choice Louisville made

#Louisville just bunted with the bases loaded and two outs. That is moronic.

WTF IS LOUISVILLE DOING??? SAFETY SQUEEZE WITH THE BASES LOADED AND 2 OUTS??? 🤯🤯

Absolutely unexplainable. No matter how you think it’ll play out, maybe don’t bunt with two outs and the bases loaded? Louisville went on to lose and had their season end.