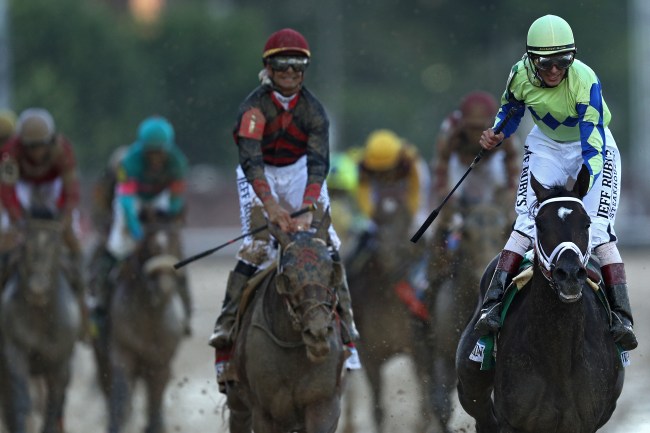 If only I had access to a time machine, I could have threw the $19.29 left in my checking account on choosing the correct superfecta for yesterday’s Kentucky Derby and be set of the next decade.

Well, one lucky dude put $1 to take a stab at the superfacta and was spot on by choosing Always Dreaming, Lookin At Lee, Battle of Midway and Classic Empire. Always Dreaming was the odds on favorite, but Looking At Lee and Battle of Midway were expected to finish toward the last half of the 20-horse field. This dude was playing chess while every one else was playing checkers.

Not to rain on this guy’s parade, but according to the  The Marion Star, the payouts in years past dwarf this year’s winnings.

In any event, $75,000 could pay off all my loans and for that mini pony I’ve been dreaming of.