The Highest-Rated Teams In ‘Madden NFL 20’ Are Announced, And, Finally, The Patriots Aren’t The Best 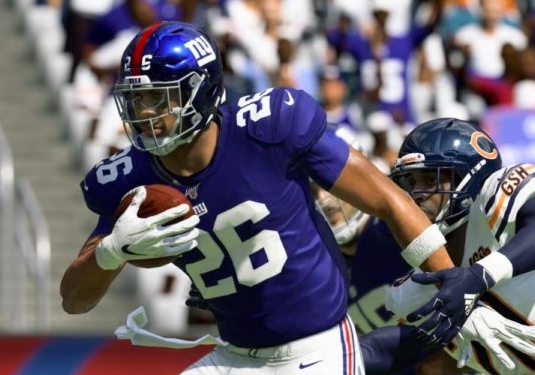 Madden NFL 20 is one of the most anticipated video games all year long, as NFL fans literally set reminders on their phones about when the release date is. For those who might not know, it’s August 2, but you can already pre-order the popular game online — which you should do, because, c’mon, you don’t want to be the one guy who doesn’t have it the second it comes out, right?

While there have been plenty of reactions already to news regarding Madden NFL 20 — like who the top-rated players are and, more so, actual NFL stars being pissed off with their overall ratings — we had yet to find out which teams were the best to play with. Of course, if you can tell by the headline, that changes here, because EA Sports finally announced the top-rated teams in the game, so take a look at the top-5 highest-rated teams that you’ll probably be playing with the most.

It might be surprising to see that last year’s NFC Champion Los Angeles Rams aren’t in that group — while teams like the Eagles and Packers are — but, hey, talent evaluators at EA Sports probably have their reasons for that.

For those wondering where your favorite team ranks in Madden NFL 20, here’s the full list of how teams are rated for this year’s video game; which is continued from the top-5 already mentioned above.

You can see additional ratings from Madden NFL 20 over on EASports.com, which includes a breakdown of the top-rated offense and top-rated defense in the game, as well as some cool updates to the gameplay — like how the “Philly Special” will be making its debut in the game.

Heard it here first: The Philly Special will be making its debut in @EAMaddenNFL.

Subscribe to the Eagle Eye in the Sky podcast: https://t.co/SDe9RQxTcy#FlyEaglesFly pic.twitter.com/OOStZNzHTz

Ah, can August 2 just get here already, because Madden NFL 20 sounds like it’s going to be so dope.