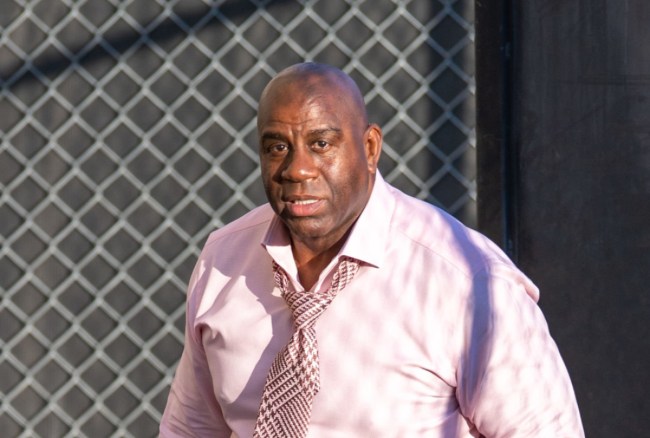 ESPN announced back in October that Earvin ‘Magic’ Johnson would be a member of its new ‘NBA Countdown’ crew. Fast-forward to present day, and Johnson is reportedly done with the show.

The craziest part of the story is that he appeared on ‘NBA Countdown’ all of one time this NBA season.

According to the New York Post’s Andrew Marchand, ESPN’s initial announcement about Johnson joining the show stated he “will frequently appear as an analyst and will join the team for marquee events” throughout the regular and postseason.

That didn’t happen, Johnson appeared on one show back in early March, and now he’s done with one of the network’s premier shows.

“There have been unexpected scheduling conflicts as Magic continues to expand his business commitments,” Roberts explained. “While our new ‘NBA Countdown’ team has been exceptional this season, we have a great relationship with Magic and the door is always open to work together.”

“Business commitments” aside, it doesn’t appear that Johnson was pushed out, at least not by other hosts of the show, Mike Wilbon and Stephen A. Smith.

Smith reportedly pushed for a ‘Big 3’ for ‘NBA Countdown’ and wanted Johnson to be a part of that group. Clearly, things didn’t go as planned, and now Johnson is done being a part of ESPN’s NBA pregame show.

Johnson has been rather busy trying to help the Lakers figure out their future, plus he was previously linked to possibly buying the Denver Broncos.