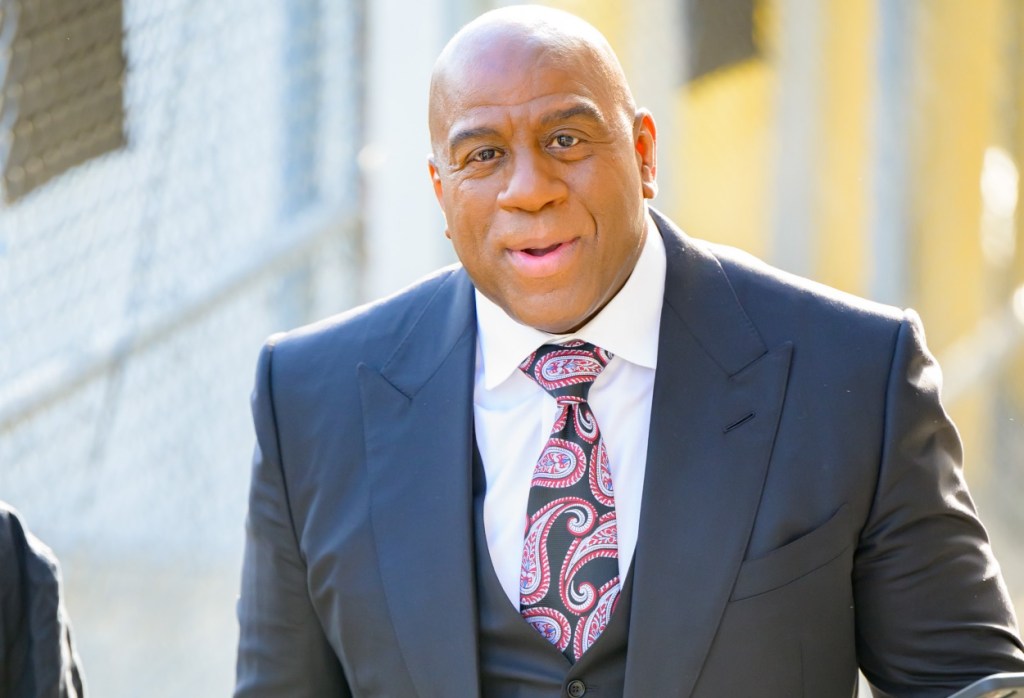 The bidding war for the Denver Broncos just got a lot hotter. A report has emerged that Magic Johnson has joined a group led by Philadelphia 76ers co-owner Josh Harris and they are seeking to purchase the Broncos.

It is expected the sale of the Denver Broncos will set a new world record for the highest price ever paid for a sports franchise. Ari Meirov (tweet below) suggests that the final sale price could easily eclipse $4 BILLION.

If Magic Johnson, Josh Harris, and the rest of the group spent over $4 billion that would completely dwarf the current highest price ever paid for a sports franchise. The New York Mets were sold to billionaire Steven Cohen for $2.4 billion back in 2020. And London’s Chelsea F.C. is expected to fetch somewhere between $3-$5 billion so it’s also possible this Magic Johnson-Denver Broncos record could fall quickly.

The report from Sportico of Magic Johnson’s interest in the Denver Broncos sent shockwaves through the NFL world on Thursday morning. Here’s what we know so far and reactions from NFL fans and members of the media.

Magic Johnson has entered the bidding for the Denver Broncos and is joining a group led by 76ers co-owner Josh Harris, per @Sportico. When the #Broncos are sold, it is expected to set a record for the highest price ever paid for a sports franchise — likely going over $4 billion.

A new face has entered the race for Denver Broncos ownership:

The NBA legend has joined the group led by 76ers co-owner Josh Harris, per @soshnick. pic.twitter.com/R627jkqhVz

The Broncos are expected to set a record for the highest price ever paid for a sports franchise.

What did he know about baseball? And if Mark Davis and Daniel Snyder own a NFL franchises I think Magic and the Broncos will be just fine.

Their competition in the bidding war is stiff.

They’re literally competing with the son of the Walmart founder. They can’t compete

With a net worth of $600M+, Magic Johnson has built an empire of investments, including:

Now, he could become part-owner of the Denver Broncos. pic.twitter.com/lJKTC0dQEx

This is good to see from @MagicJohnson. #Broncos https://t.co/QODl8bEtod

Aaaaaand just like that, the rest of us are out.

I was just about to put in my bid pic.twitter.com/eirh0gIvEs

I’d be curious to hear from Denver Broncos fans how they’d feel about this move. Established figures from the NBA world buying into the NFL.