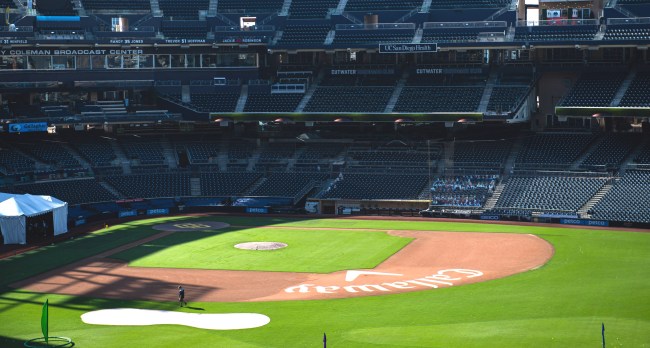 Tom Brady’s TB12 company isn’t the only sports-related organization that has been feeling the pinch and needs a little financial help during the ongoing pandemic in America. Major League Baseball is also looking for a handout to help them through these trying times.

Major League Baseball and its 30 baseball franchises have filed a 69-page complaint against insurance companies AIG, Factory Mutual, and Interstate and Casualty for breach of contract and related claims, seeking unspecified “billions of dollars” in damages suffered due to the pandemic, reports Sportico.

Naturally, the insurance companies claim that they are not liable for those “billions of dollars” on the grounds that a pandemic qualifies as a “virus exclusion” to the polices held by the league and its franchises.

MLB attorneys say this exclusion only applies to property damage and not the interruption of business.

Side note: Major League Baseball and insurance companies really do deserve one another, don’t they?

The complaint also emphasizes that teams lost profits for non-baseball usages of ballparks. Cancelled rock concerts — including those headlined by Paul McCartney, Billy Joel, The Who and other high-profile acts — as well scratched festivals, meetings, camps and special events would have generated lucrative sales. MLB claims “tens of millions of dollars” were generated from these types of events in 2019.

Attorneys for MLB portray their legal argument as irrefutable. The relevant insurance policies allegedly compel the insurance companies to pay for “all risks of physical loss or damage.” The use of “or” rather than “and” is significant.

This lawsuit is just one of many that have been filed in relation to monetary lossses due to the pandemic, as, according to the University of Pennsylvania Carey Law School’s COVID Coverage Litigation Tracker there have been more than 1,300 COVID-related lawsuits filed regarding loss of business income related to insurance complaints.

Sportico also points out that 19 minor league baseball teams recently lost their lawsuit against insurance companies over virus exclusions, claiming the government was responsible for the 2020 season being canceled.

The judge disagreed and dismissed the case because he stated that without the pandemic it is reasonable to assume that the government would not have issued stay-at-home orders and required other social distancing protocols for businesses, thus it was the virus and not the government that was responsible for the teams’ loss of revenue.