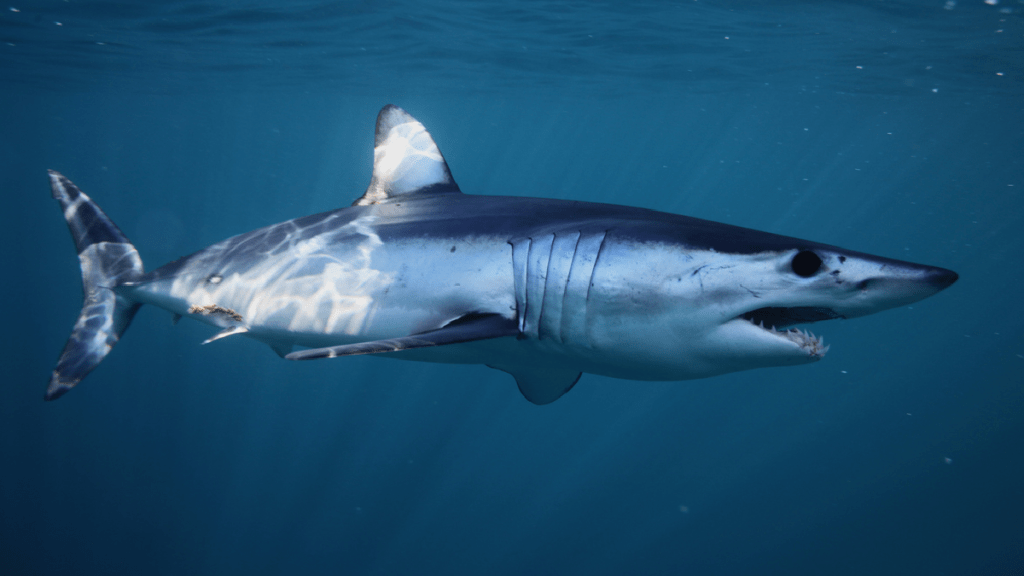 Mako sharks are amongst the most fascinating creatures in the ocean. They are capable of reaching up to 46 MPH in short bursts and can comfortably swim at 31 MPH. Makos are also natural acrobats and are often seen engaging in aerial displays of back flips and twists flying twists.

A group on a fishing trip out of Monhegan Island, Maine learned just how acrobatic the Mako Shark can be when one 7-foot shark leaped right into their boat and mayhem erupted. Monhegan is an island that’s northeast of Portland, Maine, just off the coast of Boothbay Harbor and Bristol.

Monhegan has a permanent resident population of only 64 residents and no cars are allowed on the island that’s been designated as a National Natural Landmark, but it’s a popular tourist destination in the Summer. It also makes for a great starting point for Summer fishing trips since it’s already 12 miles off the coast of Maine, an ideal place to go searching for Mako Sharks…

The group was fishing onboard the Lady Anne which fishes out of Port Clyde Harbor. According to News Center Maine, they’d already released two blue sharks on the day when they hooked up to the Mako Shark (the Lady Anne offers tag and release shark fishing).

This video shows the mako shark jumping behind the fishing boat and the crew all cheers. Then it disappears for a brief moment before jumping out of the water and straight into the boat. There is some colorful language in the video so be warned if that’s something that will bother you:

Makos are well known as jumpers.

Mako Sharks are probably the most acrobatic shark in the ocean. They’re well known for their spectacular flips and because they can reach such fast speeds they explode from the water.

Here is a video I posted a while back of a mako shark flipping to try and unhook itself during a fishing trip. This shark gets some SERIOUS air:

This clip also came to mind. Here we have a JetSki fisherman who nearly lost it when a mako jumped right next to his tiny JetSki:

According to News Center Maine, the mako shark in the video above was tagged and released back into the ocean and neither the shark nor anyone on the boat was injured.