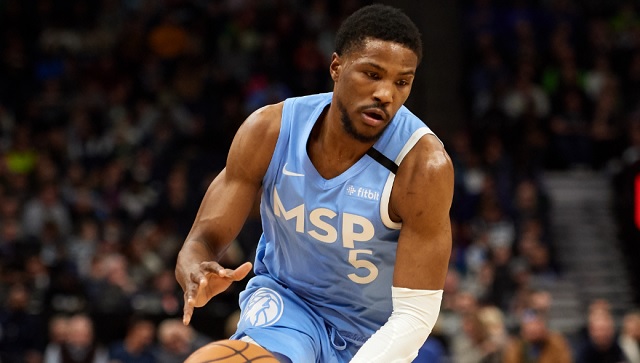 Timberwolves guard Malik Beasley must have been really attracted to Larsa Pippen to instantly drop his wife for her.

On Tuesday photos of the Scottie Pippen’s 46-year-old ex-wife and the 24-year-old married NBA player holding hands in Miami went viral on the Internet.

A month before the pics were taken, Beasley could be seen on Instagram shooting his shot at Larsa despite the fact that he’s married and has a wife who recently gave birth.

Malik Beasley went all in pic.twitter.com/1Yi5TiRUxR 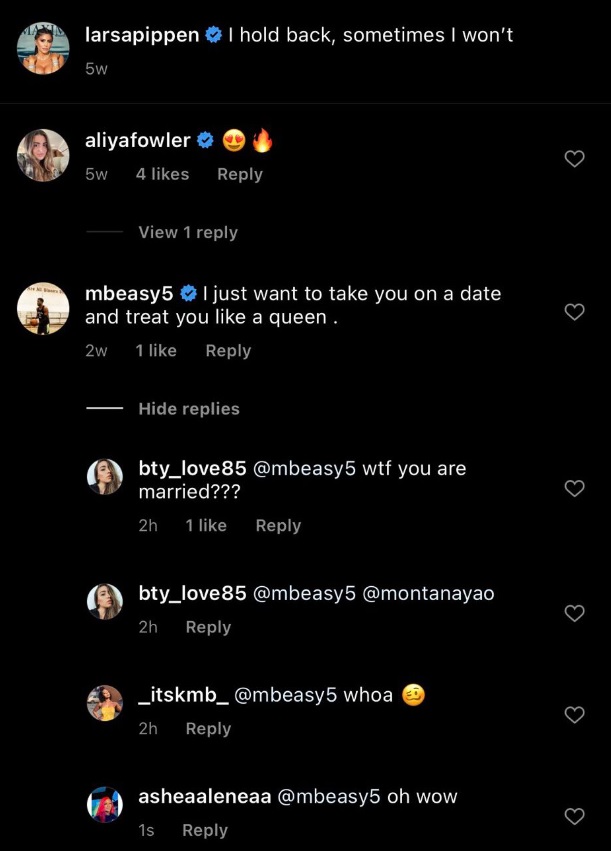 Beasley’s wife Montana Yao was apparently caught by surprise by her husband’s affair with Larsa Pippen and is reportedly breaking things off with him.

Fans were shocked by how bold Beasley was towards Larsa while still married.

Man said he wasn't going let something small like being married stop him from pursuing love out here. https://t.co/cMUyBxutOS

in the comments? ayoooooo men don’t care a damn🤣 https://t.co/lig2IDmH7m

My god this guy is a maniac lol https://t.co/HDrIbphgkx

in the comments? ayoooooo men don’t care a damn🤣 https://t.co/lig2IDmH7m