The Mamba Sports Academy Is Removing ‘Mamba’ From Its Name ‘Out Of Respect’ For Kobe Bryant? 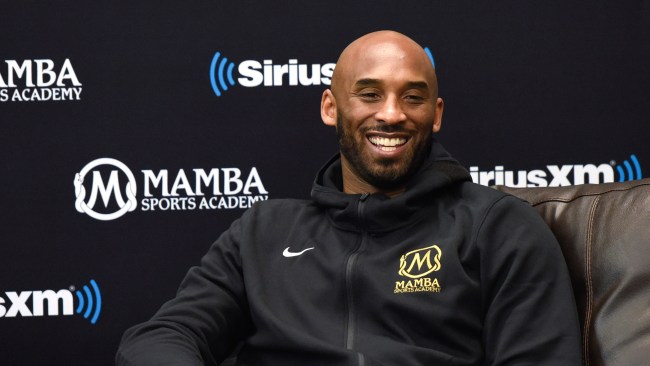 Check me on this because I feel like I am taking crazy pills here, but don’t organizations typically honor people by naming things like buildings and the like after someone who impacted them in a tremendously positive manner? They do that, right?

So why is the Mamba Sports Academy, which was a joint venture of Kobe Bryant and the Academy’s CEO Chad Faulkner to train young athletes, now removing the word “Mamba” from its name?

Out of respect, they say? I must be taking crazy pills.

“Our beliefs and thoughts are Kobe is one of one. ‘Mamba’ is one of one,” Faulkner told The Undefeated. “And with that as we carry on as The Sports Academy, it’s more appropriate to put Kobe in another Hall of Fame, if you will, and to really respect a legacy that is really unrivaled, frankly, and let that live on its own. We will continue to do the work we do.

“We were fortunate to learn from Kobe. We will carry on much of those learnings that we have in a respectful way.”

Faulkner did say that he would be open to creating some sort of memorial at the Sports Academy’s two locations. How nice of him.

“That will really end up being up to the desires of the family and to the respect of the family,” said Faulkner. “For us, we leave that up to the future. This is such a critical time for the family to keep working through the grieving process and everything they’re working for. We are going to play really conservative from that approach. We are all for it. … But it’s really not necessarily the right thing for us to do proactively.”

They’re wasting no time in doing it too as the Sports Academy’s website and social media handle have already been changed.

Check out a statement issued on Tuesday addressing the change.

Sports Academy was founded in 2016 by Chad Faulkner with the simple but crucial mission of elevating human performance. In 2018, that aim was enhanced when the Academy partnered with Kobe, Inc. and was reborn as Mamba Sports Academy. What MSA accomplished in the subsequent 14 months was extraordinary, but only scratching the surface of what was possible.

Like tens of millions of fans around the globe, Sports Academy’s world drastically changed on January 26, 2020. Today, with respect for an unparalleled legacy, the Academy will retire the “Mamba” in the Mamba Sports Academy name—to raise it to the rafters, where it belongs. In doing so, Sports Academy will carry on the vision it curated during that special partnership.

And, above all else, Sports Academy is still here for you.

So… now that Kobe is gone and the Sports Academy has achieved a tremendous level of success thanks to his involvement, and where his 13-year-old daughter Gianna also in a small way helped make famous, they are removing his nickname from name of the organization?

I am so confused as to how doing such a thing is “out of respect” for the man.

Having Mamba in the name further honors Kobe’s legacy. Taking it away is something you would do if you don’t want his memory to be associated with y’all. This is a mistake.

I could be wrong, but how does taking the name off the building honor him? Buildings are usually named after ppl in their honor. Rest up, Bean

This is absolutely a crap decision. Kobe saved your academy when you were about to go bankrupt and now you do this? This isn’t honoring Kobe, this is disrespecting him and his family. Unbelievable @sportsxacademy

This is extra dumb

That’s not “respecting his legacy” that’s getting rid of it. Y’all are being selfish and will lose more clients.

Okay, so I’m not crazy. Thank you.