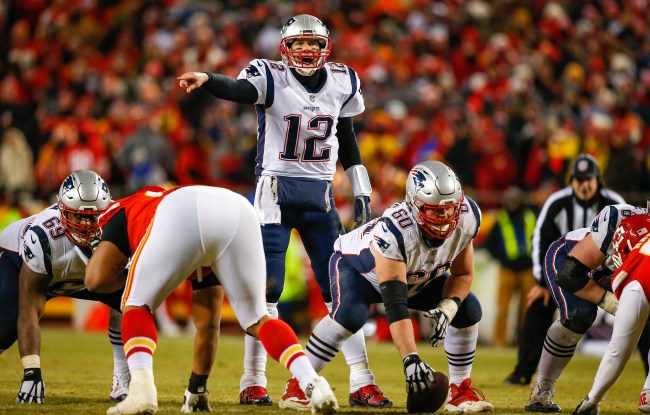 During the AFC Championship game between the New England Patriots and the Kansas City Chiefs back in January, someone in the stands shined a green laser pointer at Tom Brady’s face at several points during the game.

It obviously had zero effect on the Patriots QB as he went on to win yet another Super Bowl, but it definitely did have an effect on the fan who did the shining of the laser pointer, 64-year-old Dwyan Morgan.

After an investigation by the Chiefs and NFL, Morgan was banned from Arrowhead Stadium for life, and cited for disturbing the peace with the potential ramifications of his misdeed being up to a year in jail or a fine of up to $1,000.

In May, Morgan spoke with Inside Edition about the football fiasco and said, “I shouldn’t have done it.” He then added, “I’m not gonna apologize to Brady or the Patriots.”

This Wednesday, Morgan was in court to face the charge of disturbing the peace, and he pleaded… guilty.

TMZ Sports has learned the judge decided to take things easy on Morgan after he pleaded guilty to the charge in court … deciding only to hit him with a $500 fine.

We’re told Morgan paid that off … and the matter is now considered closed.

So, who got the worst punishment? Morgan or the Lions fan who shined a laser pointer at Bills players’ faces back in 2014? That guy was banned from Ford Field for life, got a $235 fine and had to do 80 hours of community service.