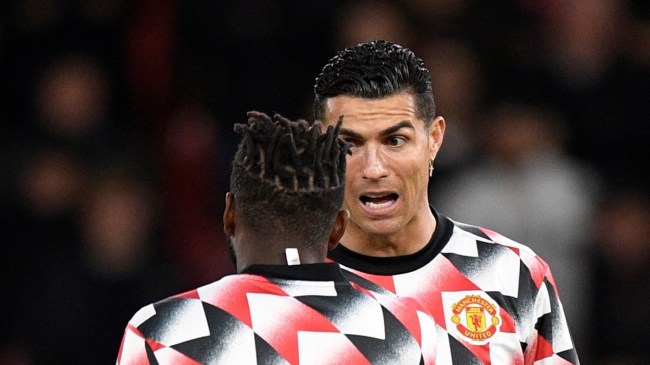 Cristiano Ronaldo’s return to Manchester United a year ago was supposed to be a fairytale ending to an all-time great soccer career. The player who had first risen to stardom as a Red Devil before becoming a global superstar at Real Madrid had come back to finish his career at the club where he made his name.

But instead, Ronaldo’s two seasons back in Manchester have been more like a nightmare.

But the Red Devils struggled to find a taker for the highly paid, often-petulant star. And so he stayed for at least another half-season.

The 2022-23 season has seen Ronaldo make eight Premier League appearances, though mostly off the bench. He’s scored just one in those eight matches. Tensions bubbled over on Wednesday when the superstar refused to sub in to United’s 2-0 win over Tottenham.

Ten Hag addressed the matter at a press conference on Friday.

The first-year manager spoke with media members on Friday ahead of United’s big showdown with Chelsea on Saturday. ESPN correspondent Rob Dawson reports that he called Ronaldo’s behavior “unacceptable” and suspended him for the match with the Blues.

Ten Hag also revealed that this is the second time that the superstar has violated team rules.

“We are a team and in the team, we have values and standards and I have to control that,” he said. “After Rayo Vallecano, I told [him] it was unacceptable but he was not the only one, but that is for everyone so when it’s the second time, there will be consequences.

“I sent a warning at the start of the season, next time there has to be consequences. Football is a team sport and you have to fulfill certain standards. And I have to control it.”

Ronaldo will hope to leave the team when the new transfer window opens in January. But with sky-high wages and a less-than-stellar attitude, the 37-year-old again figures to have limited options.