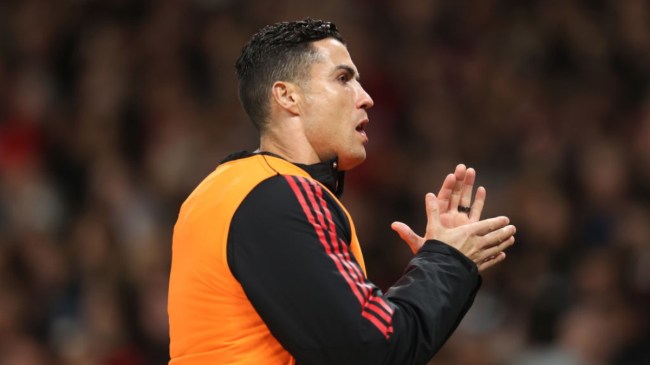 There has been troubling brewing at Old Trafford for some time now. After Manchester United finished 6th in the Premier League last season, they didn’t qualify for the Champions League this season.

As a result of their lack of Champions League football, there were many expecting Cristiano Ronaldo to look for a transfer over the summer. That transfer never materialized and things haven’t gotten much better for United this season.

They are currently 5th in the Premier League and only in 2nd in their Europa League group.

To make matters worse, they now seem to have some drama brewing with their aging star.

Yesterday, the team took on Tottenham at home and won 2-0. It should have been a happy occasion as they took 3 points from a team they’re competing with for a top 4 spot and pulled within a point of 1st place. Unfortunately, things took a turn when Cristiano Ronaldo refused to enter the match as a substitute and left the match early.

Today, they revealed his punishment for his actions during Wednesday’s match. They have left him out off of their bench for their upcoming match against Chelsea on Saturday.

“Cristiano will not be part of the Man United team for this Saturday’s game against Chelsea. Rest of the squad is fully focused on preparing for that fixture”. pic.twitter.com/NdztshOuSf

It was always expected that Ronaldo would leave after this season if Man U couldn’t get themselves back into the Champions League, but now it’s starting to look like there could be a big enough rift that a winter transfer is a possibility.

This is certainly not a distraction that Man U wanted to be dealing with as they prepare for a big match against Chelsea this weekend.