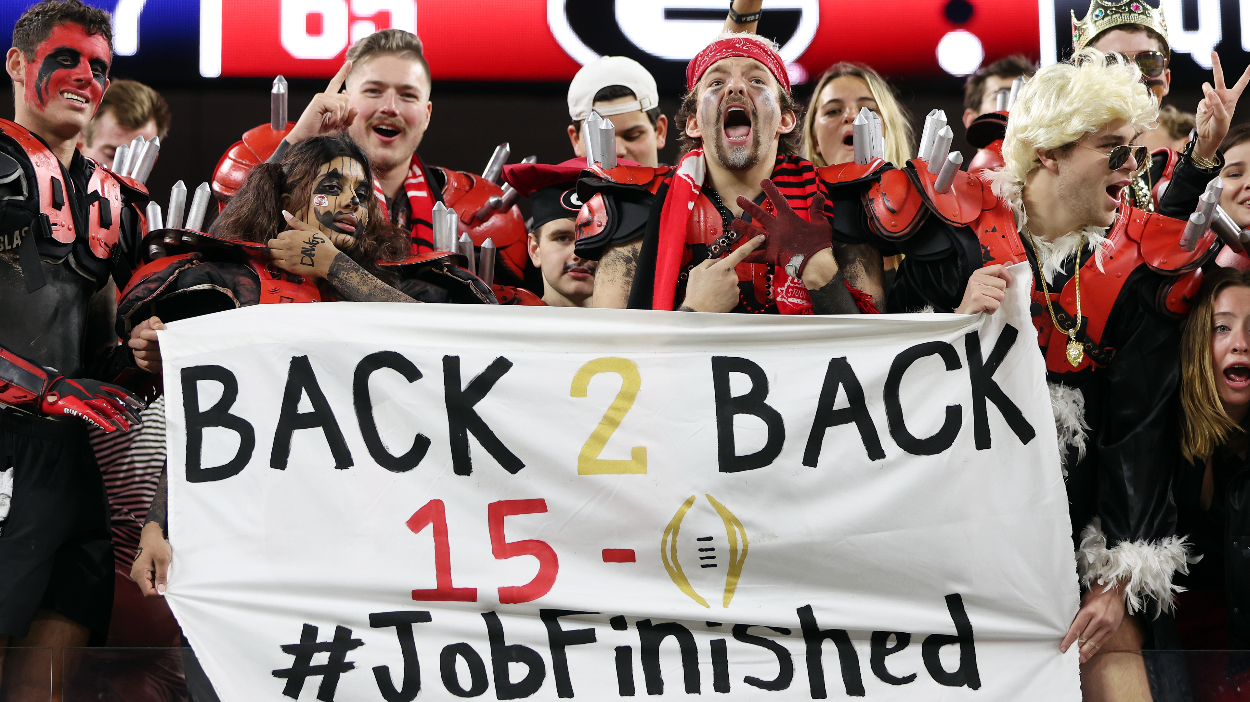 The ‘way too early’ 2023 preseason college football rankings are out and the Big 10 is well represented. But if history is an indicator, that won’t matter and those teams will lose to a college football team from the south.

More specifically, there’s a tiny belt stretching from South Carolina in the East to Louisiana in the West that brushes past Tallahassee, Florida. The entire state of Mississippi is on the map but they’re just happy to be included thanks to LSU.

This map shows 16 of the last 17 College Football National Champions. The only natty missing from the map is Ohio State’s 2011 National Championship. This is almost 2 decades worth of data and reveals how little hope there is for teams out West:

16 of the last 17 college football national champions have come from inside this red oval. pic.twitter.com/kf6lQ1AMQ1

This map of recent College Football National Champions kicked off some more in the comments that are blowing people’s minds. So college football fans started making their own maps and adding them to the comments.

Expanding to include every College Football National Championship since 1985 (USC’s was vacated) is interesting. This map has an ‘arrow’ and definitely nothing else that your mind might be seeing…

SInce 1985, every single Uncontested/Unshared College Football National Championship has come from inside this bizarre shape. pic.twitter.com/V9KassApxq

10 of the last 12 FCS champions have come from inside this red oval. pic.twitter.com/k6FXoN7Nmx

Meanwhile, Ole Miss and Mississippi State are just happy to be seen on the map:

Mississippi just there vibing. They haven’t added to the list but they’re welcome in the oval

The Mississippi haters are out for a stroll though…

Closest the state of Mississippi will get to championship recognition.

If your favorite college football team isn’t in the Dixie Oval then chances are they aren’t winning it. 94% of the champs in the past 17 years are from the Dixie Oval:

For anyone wondering, the list (recent to oldest) goes:

This is, hands down, the funniest response to the college football national champions maps:

If anyone thinks Deion Sanders’ Colorado Buffaloes are actually going to compete on the national stage I’d like to remind them that the weed in Colorado is too strong. It doesn’t need to be that strong. They could make it 50% less potent and it’d still be to strong.

Now, I’m not saying correlation = causation. But the NCAA outlawed College Football players from rolling up their jersey to show their abs in 2015, banning ‘belly jerseys’. Since then, nobody outside of the South has won. Conspiracy? I think not.

READ NEXT: You Have To See The Insane New Facility Alabama Is Planning Solely For NIL Purposes