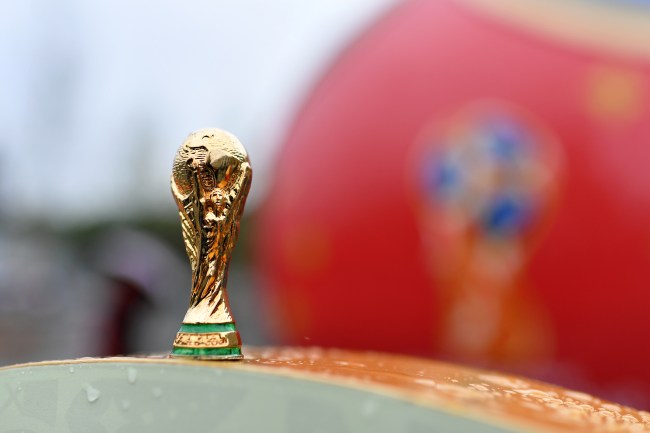 It was announced this morning that FIFA has awarded the USA, Mexico, and Canada the 2026 World Cup. The USA was originally the favorite to win the 2022 World Cup that eventually went to Qatar and later was discovered to involve a series of high-profile bribes that led to Sepp Blatter being indicted.

The United States will co-host the 2026 World Cup with Mexico and Canada but most of the venue cities are located throughout the USA. Mexico and Canada each have three host cities while the USA has 18. The World Cup Final will be held at Met Life Stadium in New Jersey, just outside of NYC, where the Jets and Giants play. Here’s a look at the map which shows all of the venue cities:

From Edmonton to Mexico City and everywhere in between, we are united.

The USA, Mexico, and Canada beat out Morocco with 134 votes for the USA/United bid versus 65 votes for Morocco:

Trump and Trudeau have already tweeted out congratulations the U.S. Soccer Federation for winning with the United bid:

The U.S., together with Mexico and Canada, just got the World Cup. Congratulations – a great deal of hard work!

Good news this morning: The 2026 FIFA World Cup is coming to Canada, the US and Mexico. Congratulations to everyone who worked hard on this bid – it’s going to be a great tournament! 🇨🇦🇲🇽🇺🇸 #United2026

ABC News reports that the USA will host 60 of the 80 games in 2026 when 16 more teams will be added to the tournament with Mexico and Canada each hosting 10 games, but current FIFA President Gianni Infantino has suggested that breakdown of games might change once planning starts.

Cameroon federation official Kevin Njomo who voted for Morocco believes that if it was just the United States in the bid that Morocco would’ve won. He says “People have a soft spot for Mexico, especially looking at Mexico as a little bit under-developed and giving them a chance. Canada is a good tourist destination.” which is quite a bit of shade being thrown at the USA but it’s not without merit. It’s not exactly like we’re inviting the entire world to come visit the US with open arms right now.