An NCAA Executive Just Claimed March Madness Will Be Happening In 2021, So Take That COVID 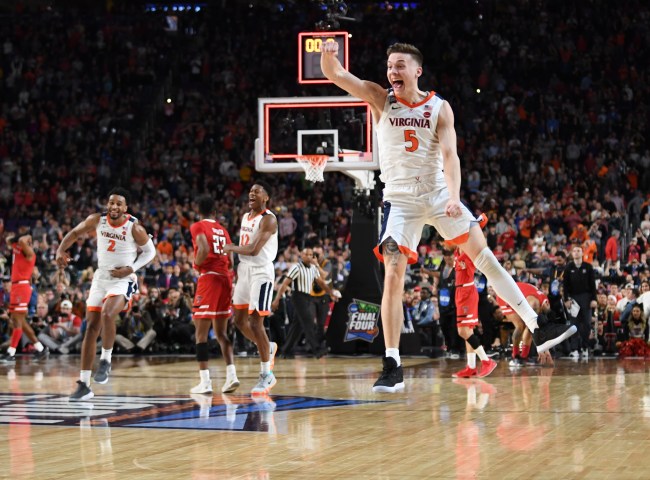 Remember when March Madness was cancelled in 2020 because COVID-19 sucks so much ass and ruins pretty much everything for everyone? Well, early indications are that the NCAA won’t let that happen again, because they know that, in addition to losing a major cash cow of an event, the tourney is something that’s culturally necessary each and every year — and, damnit, sports fans were pretty much void of that this year.

Luckily, even as COVID-19 continues to sweep the nation and has left college football trying to figure out a way to salvage any season at all, college basketball is hoping to get ahead on its planning for March Madness in 2021; because, as we’ve seen with this fucking virus, planning months ahead is probably the right thing to do.

Talking to longtime college hoops reporter Andy Katz earlier today, NCAA V.P. of Basketball Dan Gavitt and Kentucky athletic director Mitch Barnhart discussed what the organization is doing to prep for a tourney come March. If you’re looking for good news, you’re about to get it, per 247 Sports.

“We will absolutely do all we can do – whatever assets, whatever resources, whatever it takes – to try & give our young people the chance to play the game they love.”

“We are going to have a tournament,” Gavitt said. “It’s going to be special. We have our preferences about how we’d like to have it be, but if we have to adjust to the virus, which we don’t control, we will adjust accordingly. The health and safety of the players and the coaches and all the people around the games — the referees and fans — will be primary. But ultimately it will also include determining a national champion in the fairest and most equitable way that we can under these unusual circumstances. I think it’s important to note: We’re gonna have all sorts of contingencies and plans if it’s necessitated. We’re just not in the position to be able to talk about those in the middle of August, because that’s not what our primary goal is.”

“It’s a cultural piece,” Barnhart said. “Something that’s so important to the fabric of spring. I’m not willing to give that up in any way, shape or form. We want to plow ahead. We’re gonna do everything we can resource-wise, facility-wise, and I can tell you from the committee’s perspective we’re fully committed to try and find a way to whatever end to make sure that this tournament gives us a chance to play college basketball on the highest stage.”

Remember when the NFL said earlier in the year that time was on their side when it came to making decisions about the 2020 season? Or when college football tried to will COVID-19 away and just assume the season could go on as it normally does? That’s all pretty idiotic and ignorant. So good on the leadership in college hoops to be proactive about planning next year’s March Madness so that they have a blueprint that makes it happen on time. Unlike other sports leagues, the last thing anyone wants to see is a bunch of bullshit comments that, by February, leaves the tourney in question from happening.