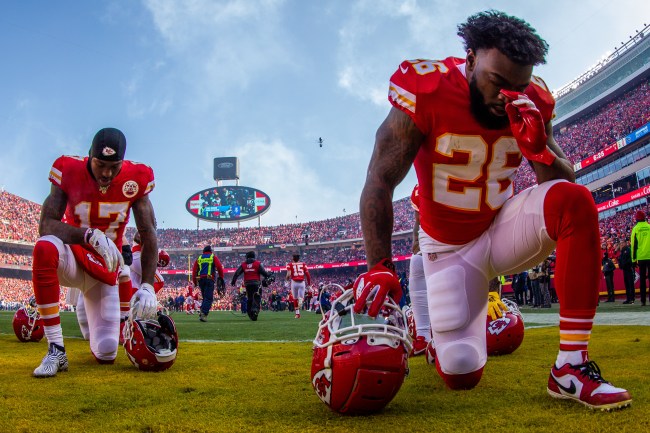 With the NFL season set to kickoff in just about a month, there’s still plenty of issues the league has to figure out before the regular season begins. The most obvious one relates to the ongoing pandemic, and how both the league and individual teams plan on protecting players, coaches, media members, fans and everyone else who’s involved in just a single game. It’s a tricky situation, and one that doesn’t really have a whole lot of clarity at the moment.

While some teams are reportedly incorporating a bubble-like atmosphere to protect players from contracting COVID-19 during the NFL season — like the Tampa Bay Buccaneers — it’s sort of the responsibility of the league to have some sort of protocol into these types of issues. With so much uncertainty and a typical “business as usual” approach heading into the upcoming campaign, it’s no wonder many players are opting out of the season for fear of getting seriously sick.

Along those lines, because the NFL doesn’t really have a set plan just yet — which includes no league-wide mandate in terms of fans in attendance — one anonymous coach predicts a grim situation: one (or more) COVID19-related deaths during the season; which would be the nightmare situation for the league.

As one head coach explained it to PFT on Thursday, consultations with various doctors not connected to the NFL have led to the inescapable conclusion that, given the total amount of players, coaches, and staff and the prevalence of the virus, one or more people working for one of the league’s teams likely will die from COVID-19 during the 2020 season.

That nuance will be lost if/when a player, coach, or staff member dies during football season. It will be presumed by some that the death traces to the fact that football season proceeded. And teams are concerned that the league office is poised to shift the blame, from a legal or P.R. perspective or both, onto the clubs for failing to properly implement the protocols. The argument, direct or implicit, overt or subtle, will be simple: If the teams had properly implemented the protocols, this wouldn’t have happened.

The truth is that will be impossible to prove, in part because (as one source put it) the protocols arguably have more to do with optics than with keeping players, coaches, and staff from catching the virus.

So, given the elephant in the room (the potential for death), are we sure the NFL season should go on as currently planned, or is it best to delay it? Is it really safe for these players to take the field without the restrictions of a bubble and maintain their health? What will the league do if, say, last year’s league MVP Lamar Jackson tests positive and then gets his entire offensive line sick, too? These are all things that could inevitably happen.

Death is always an uncomfortable topic. But, more than ever, with over 160,000 coronavirus deaths in the U.S. (and rising), the NFL needs to determine if profit is more important than player safety. It’s a similar dilemma that college football is facing right now as well, and it’s something nobody wants to see happen.