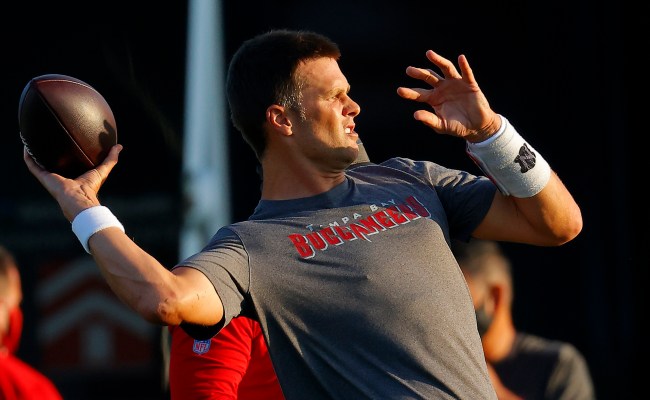 The Tampa Bay Buccaneers are one of the trendy teams heading into the upcoming NFL season. Given their acquisitions of both Tom Brady and Rob Gronkowski this offseason, it makes a helluva lot of sense, as the longtime suffering franchise seem to finally be Super Bowl contenders.

Although Brady just turned 43 years old and Gronk is coming off a year of retirement, the enthusiasm is sky high, with some believing the offense could be record-setting, with the future Hall of Fame quarterback — AKA The Goat — having weapons at his disposal that he’s never had throughout his career. That’s scary to think about.

With so much hype and anticipation regarding the Buccaneers this season, it makes sense that the franchise will do any- and everything possible in order to protect its players from contracting COVID-19. That should be the goal of every organization regardless, but, in Tampa Bay’s case, they want to add another level of security to make sure guys avoid getting sick, spread the coronavirus and, in the end, forces the NFL season to get shutdown.

That’s why the Bucs are being smart AF in their approach, with Rick Stroud of the Tampa Bay Times suggesting on Twitter that the team has already incorporated a voluntary bubble for players to stay in during the football season. Talk about smart, right?

#Bucs coach Bruce Arians says they have secured a hotel in Tampa for players to sequester if they choose to and of course will spend the night before home games in a hotel.

Look, the whole “if they choose to” thing should just be tossed out the window, because if I’m a Buccaneers player who knows we’ve got about two years max to win a Super Bowl, I’m doing everything in my power to stay safe to make sure the NFL season goes on as planned. Brady isn’t getting any younger, guys.

While Brady himself has been a little more cavalier in his approach this offseason while working out with new teammates in order to get his timing down with receivers and build a relationship with them, one would imagine he’d be open to staying in the bubble in order to get through the NFL season without any hiccups. He’s smart enough to sacrifice a little now if it means (potentially) adding another Super Bowl title to his legacy.

As we’ve seen with the success of both the NBA bubble and the NHL bubble so far, any team or league that takes it upon themselves to create this extra layer of security from COVID-19 is being smart. It’s hard on the players — because being isolated sucks — but it may be the only possible way to have sports be played without spreading the virus like a wildfire.