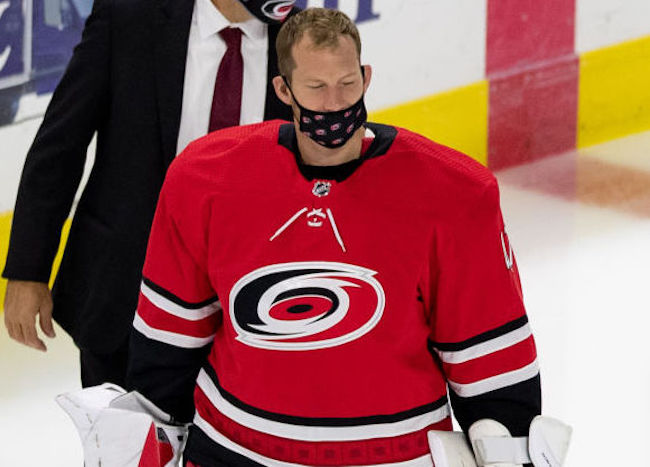 It’s been a few weeks since NBA players entered the bubble in Orlando, and while a couple of guys have been forced to quarantine because they somehow couldn’t resist the temptation to violate protocol in order to get their hands on some chicken wings, the experiment seems to be working as intended so far.

Major League Baseball initially toyed with taking a similar approach by having teams gather in Arizona and even got Anthony Fauci’s seal of approval before ultimately deciding to harness a less aggressive strategy, which has resulted in the season finding itself in jeopardy a whopping four days after it began courtesy of the COVID-19 outbreak the Marlins are currently dealing with.

The NFL had ample time to get its shit together and made the interesting decision to not take advantage of it, as the league is still scrambling to figure out the logistics with the start of the season now a little over a month away. It also seems like no one has any idea what the hell is going on with college football, but when you consider Michigan State and Rutgers recently announced their entire team is being quarantined, it’s, uh, not looking great.

It’s still too early to tell what’s going to happen with the NHL, as the 24 teams invited to enter the bubbles that have been established in Toronto and Edmonton began to arrive on Sunday to prepare for the start of the qualifying round slated to kick off this weekend.

However, it seems like the league is in a pretty damn good position as it gears up to resume action, as it issued a statement on Monday concerning the 4,256 tests it administered to over 800 players in the week leading up to the start of its final phase and revealed a grand total of ZERO of them came back positive.

Now that teams have arrived in the two cities, they’ll be subject to daily testing and we can only hope that the results of the first ones that will be conducted now that they’ve made their way inside those bubbles will be just as positive (or negative, depending on how you want to look at it).

Nothing gets me excited like playoff hockey. We aren’t completely out of the woods yet but this announcement from the NHL is awesome too see and is definitely a step in the right direction for the league to resume play.