Tons Of Packers Fans Sure As Hell Don’t Want To Risk Their Lives By Attending Games This NFL Season, Per Survey 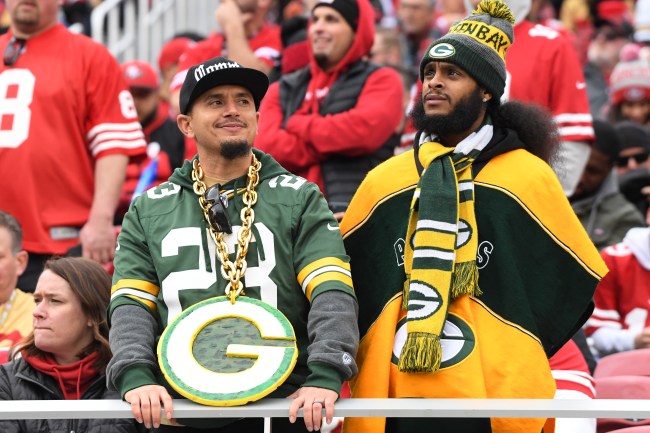 With so much uncertainty surrounding the 2020 NFL season because of the ongoing pandemic, nobody knows for sure how things are going to play out in the coming months. Will the league push the start date back? Will games be played without fans and with extra precaution for players? Or, worse, will the NFL decide it’s not worth the risk of even playing this year?

As we all wait to see how things unfold, some football fans have already made up their minds — and the growing consensus seems to be that they don’t want to sit in a stadium with other people around; even if it’s with reduced capacity.

To further support this, albeit a small sample size, the Green Bay Press-Gazette conducted a survey that asked Green Bay Packers fans about their thoughts on watching a game in a stadium during the upcoming NFL season. According to the results, over half of respondents (54.7 percent) said they wouldn’t attend a game this year, mostly because of the COVID-19 pandemic, but there were other reasons; which are outlined below.

Unsurprisingly, Packers fans deemed the pandemic as the biggest reason for not wanting to attend games this NFL season, but it’s interesting to hear some of their other explanations. For those who aren’t particularly scared about being infected with COVID-19, they still understand the impact it has on the potential football season, which, in effect, would limit the overall experience of seeing a game in person.

“Going to a football game at Lambeau Field, or any stadium for that matter, is not just to watch the game. It’s the tailgating, meeting up with seasonal friends and enjoying the camaraderie of others that makes it a special day. With all of the precautions set in place for COVID-19, I just don’t see that happening in an enjoyable way,” Wayne Sargent of Campbellsport, Wisconsin said. “All considered, my opinion is that either it’s all or nothing, and I’m going with nothing for this season.”

This survey wasn’t scientific, and was just done to collect a few data points from fans, but it’s probably a sentiment shared by plenty of other football fans in regards to the NFL season. I mean, does anyone really feel safe about sitting in a stadium with even just a limited amount of thousands of people in it just to watch sports? Even as a diehard sports nut, I sure as hell don’t.