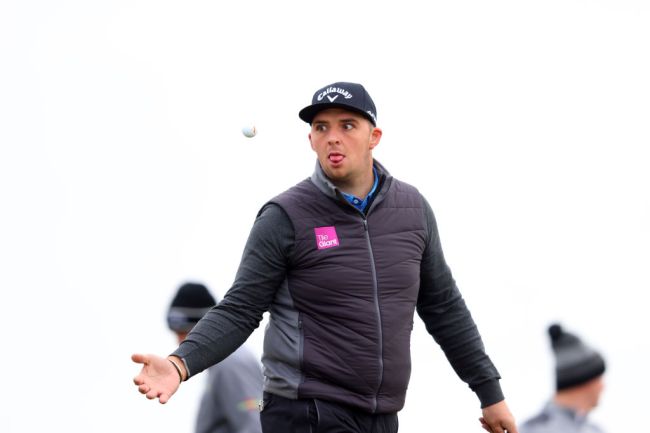 Another week, another electric video from the European Tour. This time it involves Marcus Armitage, some golf balls, his driver, and a BMW on a runway.

We all know that there are Guinness World Records for literally any task you can imagine, so it should be no surprise that there’s a world record for ‘farthest golf shot caught in a moving car’ at 273 yards. This is the record that Armitage – a Top 200 player in the world – and BMW Touring Car Driver Paul O’Neill set out to break at Elvington Airfield outside of York.

The best part of the entire video isn’t when Armitage and O’Neill break the record, it actually comes the first time Armitage manages to land a ball in the car thinking that they’ve just broken the record. Armitage rips off his shirt and runs around the runway like a mad man, but they soon realize that they hadn’t beaten the record on that attempt.

Armitage also managed to break the windshield of the car with another attempt before eventually managing to set the new world record at 303 yards.

Related: Rory McIlroy And Justin Thomas Given 50 Shots Each To Make A Hole-In-One And The Results Were Unbelievably Entertaining