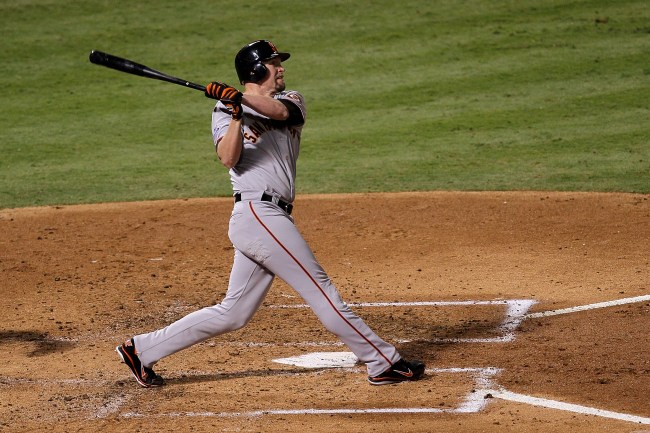 At least once a month, former Major League Baseball player Aubrey Huff crawls out of whatever hole he lives in and issues a few offensive, ill-informed tweets, often directly targeted at someone he dislikes, to his over 200,000 Twitter followers. (I wonder how many of those followers are fans and how many are just tracking him to watch all the car crash tweets he publishes.)

One of Huff’s most recent targets was none other than LeBron James who the former Giants first baseman mocked for carrying a “purse.”

As usual, Huff was shot down by dozens of people including several this time who reminded him that during the 2010 playoffs Huff admitted wearing his wife’s red thong underwear.

New York Mets pitcher Marcus Stroman, one of the best follows on Twitter for his unfiltered tweets, is just one of the many people who have no time for Huff’s nonsense.

For example, when Stroman was out with an injury, Huff decided to lob a SJW tweet his way, sideswiping James in the process.

.@STR0 was probably in a meeting with his agent & @KingJames on how to maximize profit from a SJW stance. https://t.co/IiAZgnuaOu

Stroman then proceeded to end Huff with one of the best comeback tweets of 2020. 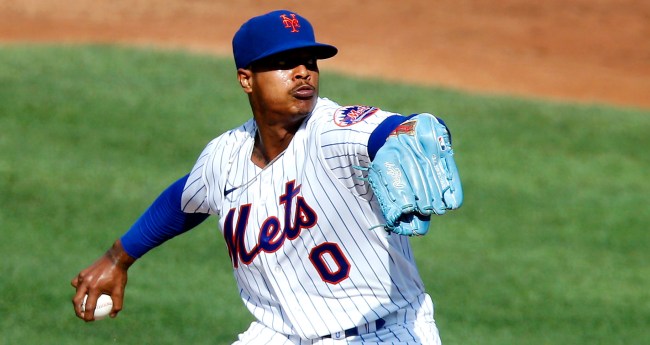 We get it Karen...you hate black people. You make it more obvious every day. It’s comical to me at this point. Lol take some of your Twitter energy and direct it to that neglected family of yours who you consistently let down. They need it much more than us Audrey. 🤷🏾‍♂️✊🏾🖤

This is all pretty standard procedure for Huff these days though. No amount of logic or common sense is going to stop him. Heck, his latest podcast effort has him somehow comparing wearing a mask to prevent the spread of coronavirus to being a communist.

If you want to become a slave to communism keep wearing your masks. #AubreysArmy #plandemic pic.twitter.com/MpJ3PW7a4g

He also called the reports about the numerous Marlins players testing positive and causing several games to be postponed fake news.

Kinda weird we haven’t heard much of the @Marlins players & how they are feeling since testing positive for #Covid_19. Must not be all that bad…or we sure would have heard about it from #FakeNews.

Someone really needs to get former NFL running back Larry Johnson to guest on Huff’s podcast sometime.

The #coronavirus was released so that @JeffBezos can make back the 38 billion his ex took. Let that sink in.

Whoever keeps throwing their dogs shit bags under my truck because I have a @realDonaldTrump bumper sticker…. pic.twitter.com/QJ1Xj6IbcR

If you find out let me know so I can buy them a beer.