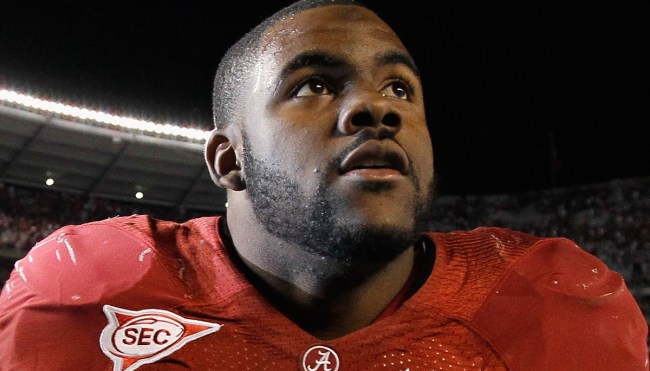 Based on how he’s fared since taking over the reins at Alabama in 2007, it’s safe to say Nick Saban knows a thing or two about football, as the head coach of the Crimson Tide has secured eight SEC championships and brought six national titles back to Tuscaloosa during his tenure.

Saban has also absolutely dominated the recruiting game over the course of the previous decade, as it’s been rare for Alabama not to come into the season with the most promising class of recruits since the program secured the top spot for the first time with him at the helm in 2011.

The coach’s résumé may currently speak for itself, but that wasn’t necessarily the case during his first few years with the team. However, based on what Mark Ingram had to say about his courting experience, it’s clear why Saban has been able to construct such a formidable powerhouse.

On Tuesday, Ingram was one of three former first-round draft picks who joined a Twitter conversation hosted by the NFL in the leadup to this year’s event. While he used the discussion as an opportunity to throw some shade at Georgia, he also shed some light on the series of events that led to him playing for Alabama and revealed the cocky recruiting pitch Saban successfully used to get him to commit.

During a recruiting visit, Nick Saban told Mark Ingram that he would win a National Championship his sophomore year at Bama pic.twitter.com/JVZlQc6e0i

Here’s what he had to say via AL.com:

“When he was recruiting me, he came up, he sat at the kitchen table, and he was like, ‘If you come to Alabama, you have a chance to be a great player. If you don’t, it’s your own fault.

He was like ‘If you come you come here, your first year, I think we’ll be a pretty good team. But, I think your second year, we should win a national championship…

That man sat there in my living room, at my kitchen table in front of my mom, grandpa, and everyone in my family, and predicted what would happen…He must be psychic, I don’t know, but he believes in the process and we all bought into the process.”

As Ingram notes, Saban was not wrong, as Alabama won the national championship in 2009 in the same season the running back was awarded the Heisman Trophy.