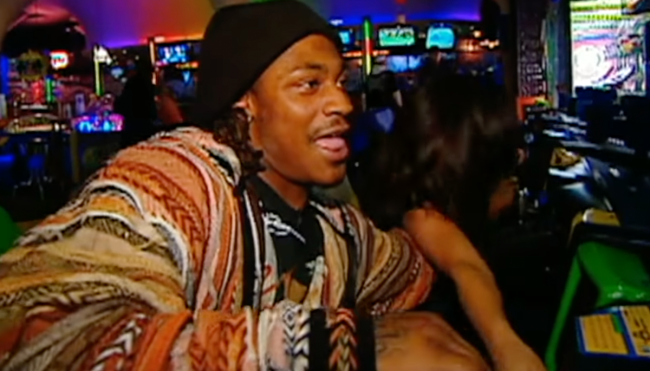 On Monday, longtime ESPN personality Kenny Mayne announced a glorious era had come to an end when he revealed he was leaving the network after 27 years in vintage Kenny Mayne fashion.

I am leaving ESPN.
Salary cap casualty.
Thanks for the opportunity Vince Doria & Al Jaffe & for taking my solicitations
Herman/Stinton/Lynch.

It was a fitting end to a gig he initially secured by sending ESPN a hilarious cover letter instructing whoever was in charge of calling the shots at the company’s employment office in 1994 to check one of three boxes to gauge their interest, one of which read “We’ll consider hiring you about the time ESPN5 hits the air.”

This is how @Kenny_Mayne snagged the gig of a lifetime. Not surprisingly, he made John Walsh smile. pic.twitter.com/FGceMUy7UZ

The gamble made by the man who’d formerly played backup quarterback at UNLV before pivoting to a career in broadcasting managed to pay off, as he snagged a spot as an anchor on a late-night show on ESPN2 before getting called up to the bigs to join forces with Dan Patrick on SportsCenter in 1997.

Mayne eventually carved out a niche for himself thanks to an impossibly dry sense of humor that made it virtually impossible to differentiate between the true Kenny Mayne and the character who would go on to helm his own game show and be at the center of some of the funniest ads promoting ESPN’s flagship program.

However, nothing defined him better than the “Mayne Event,” the recurring segment that was basically the polar opposite of “hard-hitting journalism” where he was allowed to let his absurdist flag fly—and nothing defined that bit better than the video he made in 2007 when he linked up with an up-and-coming rookie by the name of Marshawn Lynch.

At the time, Lynch was trying to make a name for himself with the Bills and attempting to pick up where Willis McGahee left off in Buffalo. Lynch’s predecessor had made it clear he wasn’t too torn up about leaving that city behind when he lamented the lack of things to do there following his departure, saying “Going to Buffalo, it was like hitting a brick wall. Can’t go out. Can’t do nothing. There’s an Applebee’s, a TGI Friday’s, and they just got a Dave & Buster’s.”

It’s safe to say Mayne did not appreciate McGahee’s lack of appreciation for the finer things in life, and he recruited Lynch to help call attention to the sheer electricity of Buffalo’s fast-casual dining scene by having the running back make a visit to a couple of those aforementioned establishments in a video that was truly ahead of its time.

There’s no telling what the 61-year-old Mayne is planning to do next, but if his next venture results in him doing something even as half as entertaining as that video, the world will be in for a treat.