Matt LaFleur Is Annoyed With Fans In Green Bay Because They…Won’t Stop Cheering For The Packers? 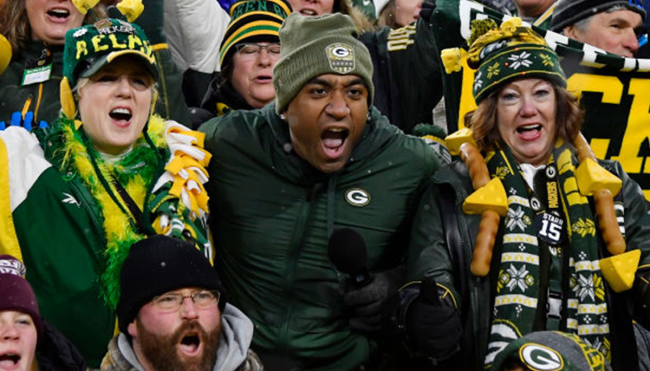 If you’re even somewhat familiar with the state of Wisconsin, you know people who live there take their football very, very seriously to a point where I wouldn’t be shocked if there are parents who’ve added their newborn’s name to the infamously long waiting list for Green Bay Packers season tickets before changing the first diaper.

The Packers possess one of the most fervently loyal fanbases in the NFL and have boasted a sold-out crowd at every single home game stretching all the way back to Vince Lombardi’s first season as the team’s head coach in 1959. If being a Packers fan is a religion, then Lambeau Field is a megachurch where the wine and communion wafers are replaced by Miller Lite and cheese curds.

Of course, it’s hard to sell out a home game when you’re not allowed to sell tickets in the first place, but after being denied the chance to worship in person during the 2020 season, fans were finally permitted to make their grand return to Lambeau Field when the Packers kicked off their slate of preseason games earlier this month.

Based on the atmosphere in Green Bay during the two exhibitions that have been held there so far, Packers fans are pretty amped about being once again permitted to make the pilgrimage to that holy ground. However, there’s apparently one fairly unlikely person who’s been less than thrilled with their grand return: Packers head coach Matt LaFleur.

Matt LaFleur says he doesn’t want fans to do the wave or Go Pack Go chants when the team is on offense. He’s going to see how the Packers can get that message across to fans, perhaps by player PSAs on the Jumbotron. He loves the fans, he said, but he’s being serious.

“We’re going to have some talks with some people in our building about how we can help educate our fans in certain situations. I love our fans, first and foremost. I think we have the best fans in the National Football League. The support they show when we’re at home, when we’re on the road, is second to none. So, I always want to start out with that before I become critical of them.”

I get where LaFleur is coming from (and I think we can all agree the world would be a better place if The Wave was reserved for “absolutely never”). Stadium noise can obviously have a tangible impact on the result of a game, and you never want to succumb to what is essentially a self-inflicted wound by getting hit with a delay of game penalty thanks to an overzealous home crowd. I do feel like his suggestion to flash messages on the Jumbotron to get fans to quiet down might be overkill, but I guess you can’t be too careful.

Aaron Rodgers also chimed in by saying he doesn’t have an issue with The Wave during blowouts, acknowledging some spectators “get a little bored” when the outcome of a game is virtually decided in the third quarter. However, he did echo LaFleur’s sentiment in regard to tighter contests, advising Packers fans to “maybe take it easy” during more crucial moments.