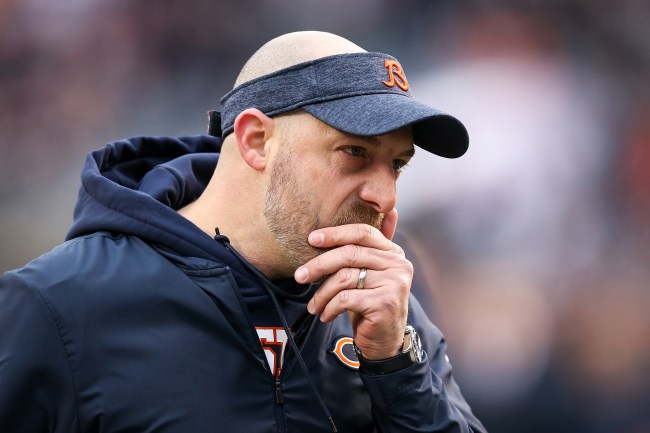 Chicago Bears head coach Matt Nagy either doesn’t know the words to “Take Me Out To The Ballgame” or he requested that the thousands of fans in attendance for the Cubs-Reds game yesterday purchase him some penis.

Believe what you will, but unless further evidence is brought forward, I choose to believe with every part of my being that Mr. Nagy has solicited prostitution, punishable by a three game suspension under Rule 6, Section 9, Article 69 of the NFL rulebook.

You’d think that a guy who is being paid millions by the Bears would be able to purchase his own boners instead of crowdfunding the cash, but evidently not..

Take a look at some of the faces in the crowd immediately after Nagy clearly said “penis.” The girl all the way on the right looks like she just got word that she needs to put her dog down.

He said he about to buy what pic.twitter.com/12ZTYgjZu7

Don’t lose sleep over it, Matty. You’re not the first and you won’t be the last.