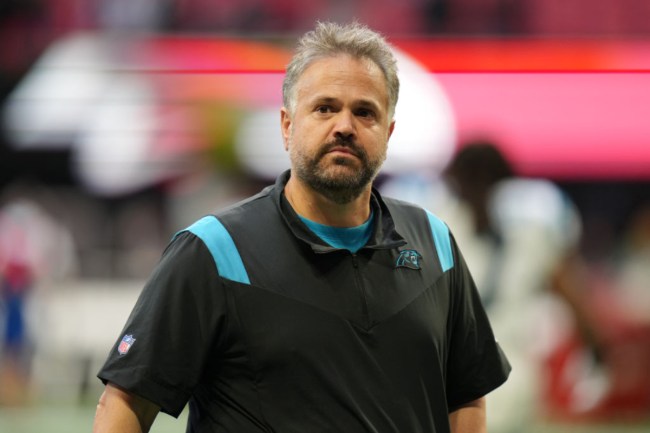 Former New Orleans Saints head coach Sean Payton is expected to spend the 2022 NFL season in the broadcast booth. That isn’t stopping the Carolina Panthers from reportedly pursuing him, however.

According to Front Office Sports, the Panthers have their eye on Payton and are willing to wait a year while he tries his hand in the broadcasting world. Payton currently holds offers from both Amazon and Fox Sports.

Rhule, entering his third season as Carolina’s head coach, was asked about the report during a press conference on Friday. He explained that team owner Dave Tepper told him that the report is just smoke in mirrors.

“With regards to that report, first I heard of it was Dave called me and told me that it was going to come out,” Rhule said, according to Pro Football Talk. “They had called him, that there was nothing to it. I know Dave Tepper well enough to believe he wouldn’t be talking to another coach right now.”

The Panthers’ head coach also eluded to a five-year rebuild that Tepper discussed with him prior to hiring him in the first place.

“He came to my house two-and-a-half years ago and told me this is a five-year rebuild. That’s what he said to me. He convinced me then to come be a part of it and build it with him. We’re not where we want to be. I don’t think it’s gonna take five years, I don’t want it to take five years, but those are the words he said to me.”

Rhule has won just five games in each of his first two seasons in Carolina. If he’s looking to get to that five-year mark he’ll have to certainly start winning more games.