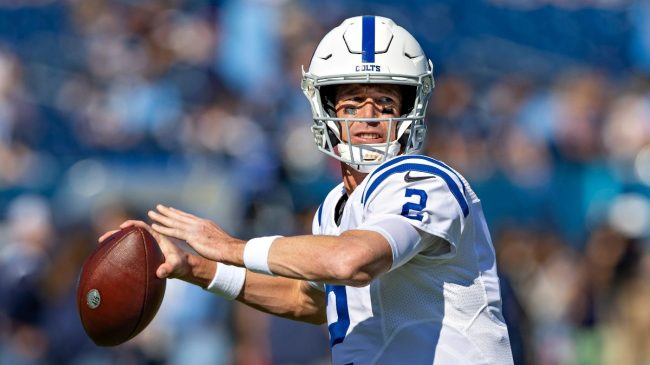 The Indianapolis Colts made a drastic decision regarding Matt Ryan after the tough loss to the Tennessee Titans. Frank Reich and the coaching staff (and possibly Jim Irsay) pulled the plug on Ryan and officially named Sam Ehlinger. Now, the long-time quarterback breaks silence about being benched.

Matt Ryan Weighs In On Being Benched By Colts

Ryan didn’t mince words when discussing how he felt being placed on the bench in favor of Ehlinger. According to James Boyd, the former starting quarterback for the Colts claims, “Individually, personally, disappointed. As a player, competitor, you want to be out there.” Listen to Matt Ryan’s full statement below.

“Individually, personally, disappointed. As a player, competitor, you want to be out there.” pic.twitter.com/oBv7yGgoWp

It has to be difficult being benched midway through the season. Especially considering there was a ton of hype surrounding Indianapolis heading into the season. Regardless, Ryan hasn’t looked great under center and the Colts are looking for answers to light a spark under the offense.

Even so, it makes sense why the Colts felt it was necessary to move on to Sam Ehlinger. Not only was Matt Ryan not playing well, but his should injury possibly raised concerns for the club as well. Especially considering there are some financial reasons Indianapolis would like to protect Ryan, per Mike Florio.

At the end of the day, it’s hard to see a true veteran of the sport go down the way Matt Ryan has. You can see it on his face as he talks about being benched. Hopefully, he can get back on track at another time. But for now, it’s the Sam Ehlinger show in Indianapolis.