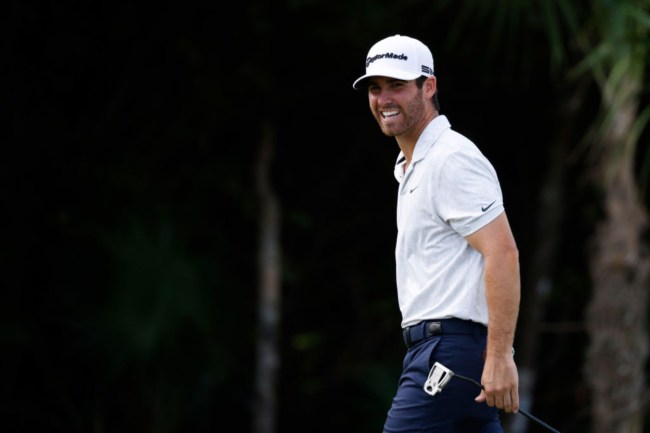 Since the calendar turned to 2022, Matthew Wolff has not been playing his best golf. Wolff has played in seven events in 2022 and missed the cut in four of those seven tournaments, with his best finish being a T-60 at the WGC Match Play.

The 2020 U.S. Open runner-up has struggled on the golf course as of late and has been open about his mental-health battles over the past year, which has undoubtedly affected his golf game.

Heading into this week’s Wells Fargo Championship, expectations for Wolff weren’t all that high. That’s not me being mean, either, he admitted after his opening round on Thursday that he entered the week with zero expectations.

Why were his expectations so low, you might ask? Well, he “lost every ball I had in my bag” only a few days ago when playing his home course, Wolff told Ryan Lavner of Golf Channel.

That zero expectation mindset is working out pretty well thus far as the 23-year-old carded a 5-under 65 on Thursday.

“I know I’ve struggled,” he said, “but I know everyone in the world would probably trade places with me, so I need to start learning to enjoy myself and realize how good I have it.”

Highest percentage of rounds, 65 or lower since 2019 on PGA Tour:

Wolff has always been upfront and honest with the media, but coming off of his great round on Thursday he was even more so. Asked if the opening round 65 changes anything for him heading into the final 54 holes, and he gave a great answer.

“I can go out and shoot 90 tomorrow, and as long as I have a good attitude, I can put a checkmark on this week and say that I’ve grown as a person and as a player, and that’s just all I really care about right now,” Wolff said.

“To be honest, it’s funny, but I’m not here to win a golf tournament – I’m here to have a good time.”

He may not be looking to win the golf tournament, but if he plays like he did on Thursday for the rest of the week he’ll be in contention come Sunday.