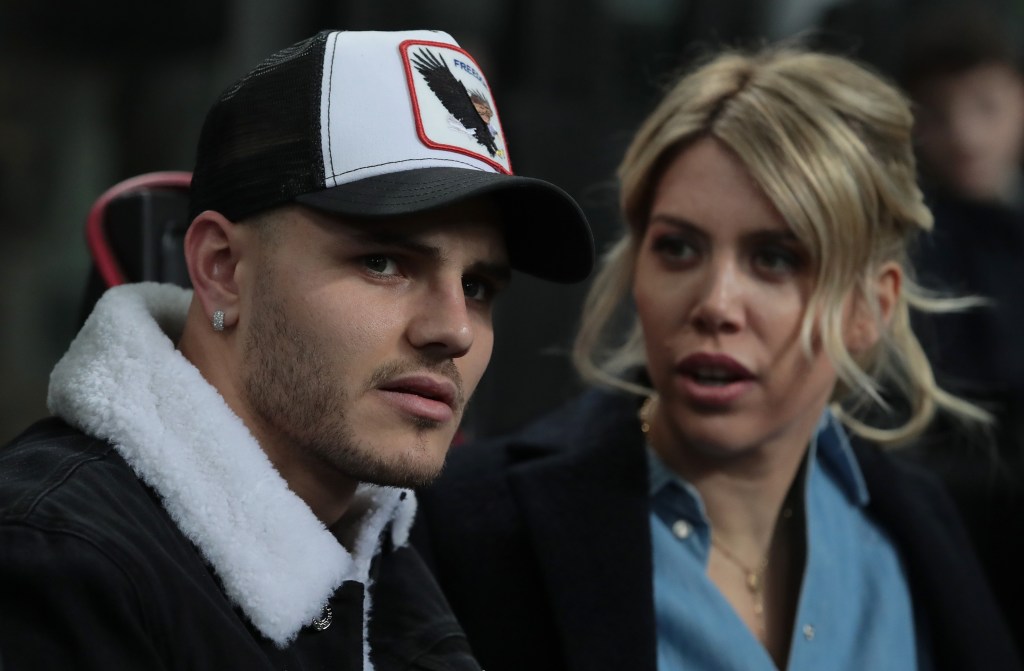 Before I get into the ‘who said what’ here because it’s a little confusing if you don’t know the names, the gist of this is two former pro soccer players from Italy were on Twitch and discussing the sex habits of pro athletes. One of them claimed that current PSG and Argentinian striker Mauro Icardi has sex TWELVE TIMES every single day with his wife.

This is a monstrous claim and one that has me exhausted just thinking about it. Here’s the claim published in The Sun UK:

Former Italian centre-back Adani featured on Christian Vieri’s Twitch channel and the pair discussed footballers’ sex lives.
They revealed a rumour that Icardi and his partner Wanda have sex up to 12 times a day.
Wanda, who is also her husband’s agent, has not been shy about revealing secrets to their life in the bedroom before. She once hit back at trolls and said she performs oral sex on Icardi every night. Wanda was also asked last year about her thoughts on Antonio Conte’s claims that footballers should make as little effort as possible during sex. Nara said: “I do not know what to say. “He should try it before a match but Mauro is very professional and does not do anything before a match.
“Only after and if the match went well. If it does not go well, he does not even want to look at me.” (via The Sun)

His wife is gorgeous by the way, which shouldn’t come as a surprise:

The names are confusing here if you’re not a longtime soccer fan but I’ll break it down. Mauro Icardi is the current PSG player who allegedly has sex twelve times a day. He’s married to Wanda Nara who is an Argentinian media personality but she’s also a sports agent and her husband’s agent. Christian Vieri and Daniele Adani are the two former Italian soccer players who were on Twitch discussing the rumors.

My first thought was this is a move stolen straight from Paul Finch’s playbook in American Pie. If you recall, Finch paid one of the girls in the H.S. to spread rumors that he was hung like a horse and an extremely gifted lover in bed. It worked like a charm and Finch was drowning in offers for prom up until the moment Stiffler spiked his coffee with a laxative and Finch blew up the girl’s bathroom.

So here I am, thinking that there’s no physical way this guy is having sex twelve times a day, but then there’s his wife out there constantly battling trolls and confirming rumors about their wild sex life so I’m actually inclined to believe that there’s some sliver of truth to this rumor. Maybe he reached 12 in a day or they try and hit 12 on vacation.

Icardi is 28-years-old. He’s FAR from being considered old. Anything is possible, right? Realistically, no. Having sex is time-consuming. It requires you to be present, it requires warmup. The average length of sex has a massive range from 33 seconds to 44 minutes with many couples falling in the 5 and a half minute range. Finding time to hit the sheets twelve times a day doesn’t seem feasible when you’re a pro athlete with a rigorous training and travel schedule.

Twelve times in a day is 100% feasible every now and then. Attempting it out of the blue is going to lead to some serious soreness and chafing but it’s absolutely possible to work up to that number without painful side effects. I just cannot envision a world where 12 times is possible every single day.