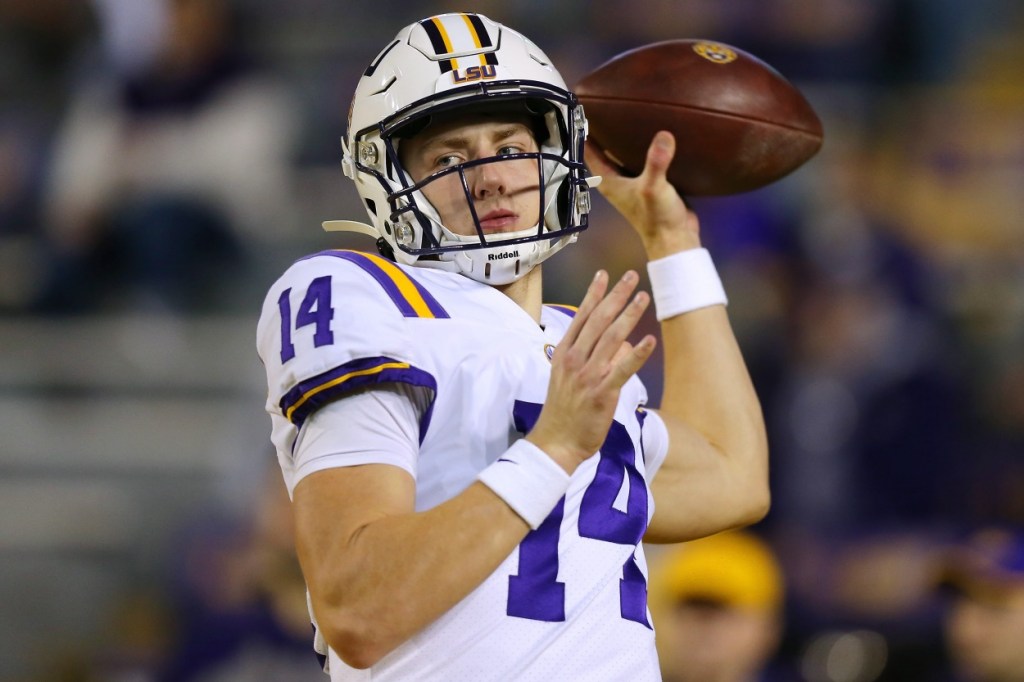 The transfer portal is ALIVE over the past few days. Perhaps the biggest gem of the 2021/22 transfer portal, Spencer Rattler, might have leaked an indication of where he’s transferring to. And now we’re onto some wild news out of LSU.

It was expected that the arrival of head coach Brian Kelly to Baton Rouge would trigger some players to enter the transfer portal. Quarterback Max Johnson was previously a 4-star recruit from Watkinsville, Georgia. He’s also the son of former NFL quarterback Brad Johnson who won a Super Bowl with the Tampa Bay Buccaneers.

Max is also the nephew of Mark Richt, former UGA and Miami head coach. Max Johnson is also the older brother of 4-star recruit Jake Johnson who was committed to the LSU Tigers but de-committed when his older brother entered the transfer portal.

Now rumors are swirling that these two could wind up at ACC football powerhouse Florida State together due to family ties. After all, their father Brad Johnson played at FSU and their uncle Mark Richt was a QB coach and Offensive Coordinator for the Seminoles in the 90s.

Reports of this ‘package deal’ are followed by ‘just speculation’ for now but as an alumnus of Florida State University and lifelong Seminoles fan I’m already all-in on these reports.

Package deal to Florida State could be a storyline to watch after LSU QB Max Johnson's entry into the transfer portal and his brother's decommitment, notes @chris_hummer: https://t.co/YMy7QwXqQ5 pic.twitter.com/xJBftEDmZs

Brad Crawford at 247sports had this to say about the potential package deal of these two blue-chip football players potentially landing at Florida State:

“It’s not a lock by any means, but the buzz earlier this year was if Max transferred, the brothers could end up going to the same college,” 247Sports national analyst and transfer portal insider Chris Hummer said. “Instinct and history say Florida State is the school to watch if that’s the case. The Johnsons’ dad, Brad, played quarterback for the Seminoles.

“Florida State could also really use an upgrade — or at least depth depending on how you feel about Max Johnson vs. Jordan Travis — at both positions. If the Seminoles can manage to land both, it’d be huge for Mike Norvell’s momentum in Tallahassee.”

An LSU coach just signed as our WRs coach

Mark Richt was born in Omaha, raised for 7 yrs,still has cousins there

Many assumed one of the #LSU quarterbacks, whether it be Max Johnson or Garrett Nussmeier wouldn't be in Baton Rouge by summer.

Just didn't expect it before the spring.

The Florida State Seminoles started their season by losing four games in a row. It was the worst start in program history. But the Noles rallied to win 5 of their next 8 games and head coach Mike Norvell appears to have won over everyone in the locker room and didn’t let the players quit on a season that appeared to be in free fall.

With the departure of Max Johnson, Brian Kelly and the LSU Tigers now only have two scholarship QBs on the team, a true freshman arriving in January (Walker Howard) and a redshirt true freshman (Garrett Nussmeier). It’s safe to say that Brian Kelly has a developing crisis on his hands at QB.

Max Johnson does follow FSU’s Tight Ends coach on Twitter amongst others but that could all be tied to the family connections at Florida State.