If Spencer Rattler’s New Twitter Followers Are Any Indication, He Is Transferring To The Big Ten 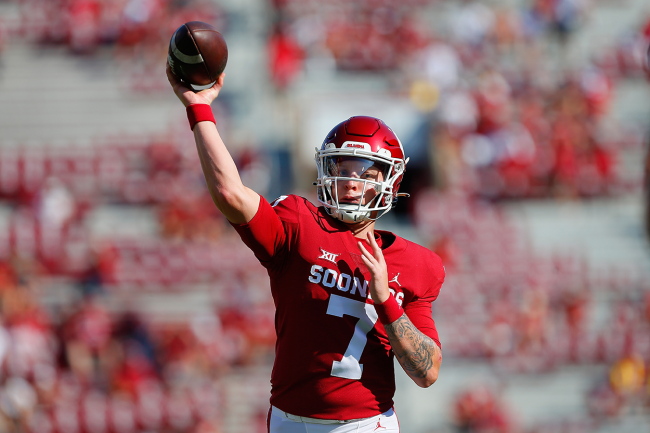 Spencer Rattler watch is in full swing. It has been only nine days since the former Oklahoma quarterback officially entered the transfer portal, but the picture is starting to take shape and chatter is at an all-time high.

Rattler, of course, comes with a polarizing persona. He has been called out for his bad attitude by many, but he has since shown a lot of maturity in the backup role with the Sooners and his talent is undeniable.

The former No. 1 overall, five-star quarterback recruit began the season as a Heisman Trophy favorite. That didn’t quite play out as he, head coach Lincoln Riley or Oklahoma had hoped, and he was benched against Texas.

From that point forward, Riley made it clear that Caleb Williams was the starter. It was at that point that we knew Rattler was destined to be playing outside of Norman in 2022 and beyond. Once the regular season came to a close and Riley left for USC, he wasted no time entering the transfer portal.

Among the schools that are considered to be potential landing spots, UCLA, Miami, Mississippi State, Miami, South Carolina, Florida State and either of the Arizona programs made a lot of sense. It has been all speculation to this point, but we now know where he is not transferring.

In addition to the schools that have been thrown around, one Big Ten program in particular is starting to pick up steam. A lot of speculation has been made about Rattler ending up in Lincoln, Nebraska and playing under Scott Frost.

And if Rattler’s newest Twitter followers are indication, the Cornhuskers are making a serious push to the point that it might be all-but a done deal.

Among those who have recently hit follow are Nebraska’s Director and Assistant Director of Player Personnel, tight ends coach and star defensive lineman. 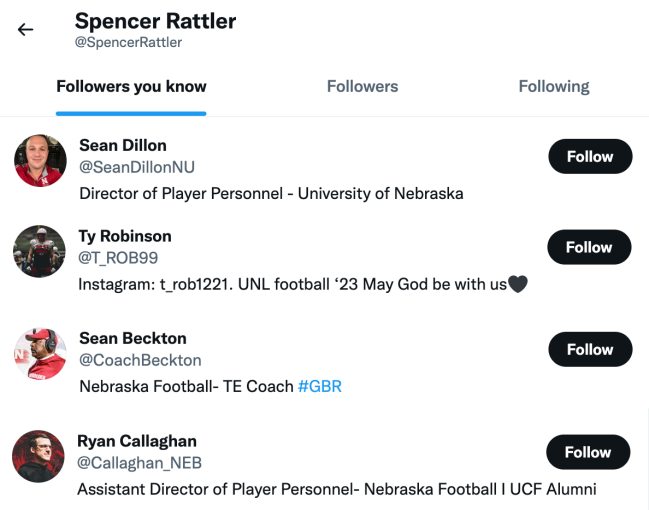 Over the last two seasons with the Panthers, Whipple turned quarterback Kenny Pickett into a Heisman Trophy finalist and a likely first or second round draft pick. Pickett could potentially go as high as the Top 10.

Could the Whipple hire be the icing on the cake? Is it the move that lands Rattler? For a former five-star quarterback with plans to play in the NFL, looking at what Whipple did with Pickett, as well as playing under Frost could be hard to turn down. Frost, of course, was a two-time national champion at quarterback during his playing days.

Rattler’s decision could come as soon as tomorrow or as late as post-holidays. Regardless of when it is to come, it seems very possible that he could be a Cornhusker come the spring semester.