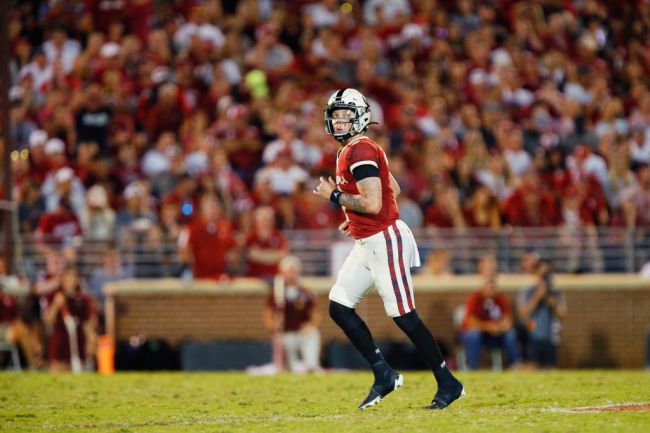 Spencer Rattler will probably not be at the University of Oklahoma beyond 2021. We knew this.

However, a recent change to the 21-year-old’s Instagram biography indicates that it is all-but official.

Rattler, who was benched in second quarter of the Red River Shootout, has not seen time under center since. True freshman Caleb Williams took over against Texas and led the largest comeback in the rivalries’ history.

Since then, the top quarterback in the Class of 2021 was named the starter ahead of last weekend’s game against TCU and led the Sooners to a 51-32 win over the Horned Frogs. When Williams was announced on the jumbotron, the crowd went wild.

Meanwhile, Rattler’s reception has not been as warm. He was booed in Week 4 against West Virginia, was uninterested after Williams scored his first touchdown against the Longhorns, chose not to celebrate with his team after the win, did not practice on the Monday following his benching, was out-snapped in practice when he did return, and then looked completely distraught during the TCU game.

Based on his father’s comments on the quarterback situation in Norman, Rattler was unlikely to return to the Sooners after this season.

Thus, the change to his Instagram bio is no surprise. But with that being said, it is a pretty definitive statement. 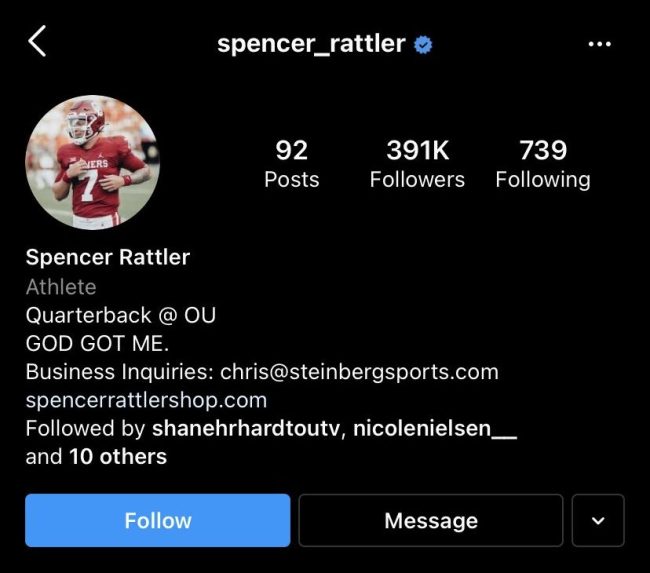 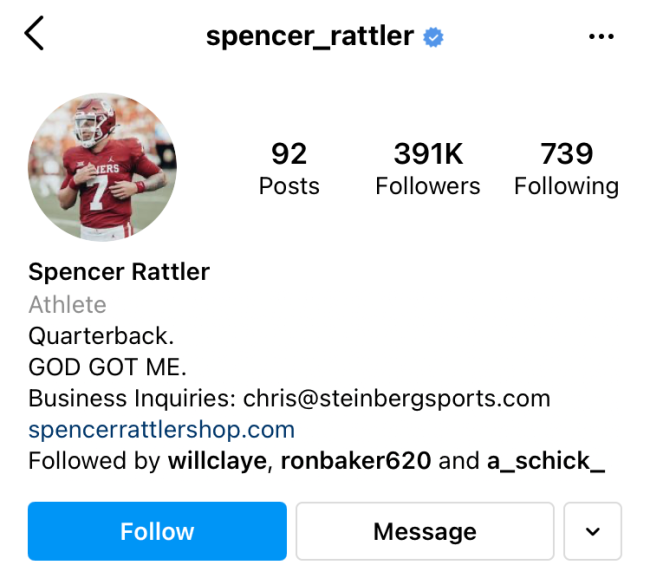 The decision to remove “@ OU” from his social media biography makes his future plans as clear as can be. Rattler does not plan to be at Oklahoma much longer.

He did end up adding “@ OU” Back to his bio not long after reports began to circulate about the change. Technically, he is still a quarterback at Oklahoma. 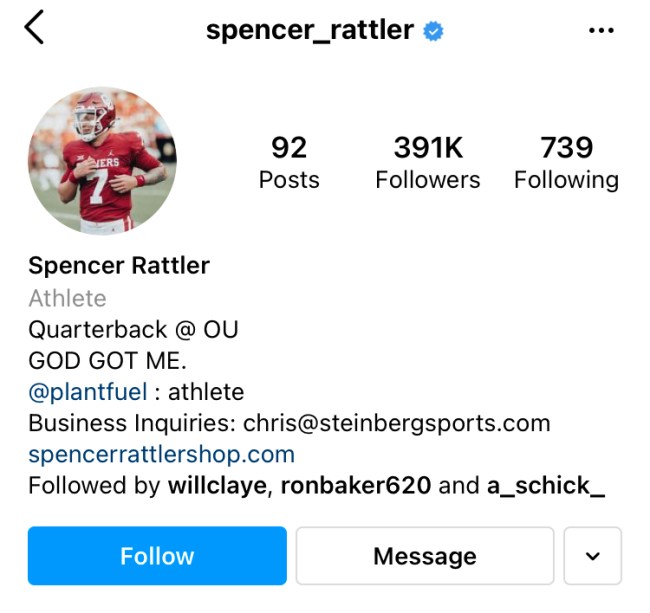 But why would he remove “@ OU” in the first place? He knew exactly what he was doing.

It is unclear as to exactly what Rattler’s future holds, but he will almost certainly choose to enter his name in the transfer portal and finish out his career with another program. Although his father indicated that he might gage his interest from NFL organizations, there isn’t expected to be much buzz from teams on the next level.

Of the schools that will have an opening at quarterback next season and might make sense, here some that could be in the mix for Rattler:

With Rattler’s Instagram bio change all-but confirming his transfer, it will be curious which head coach is willing to take a risk on the former five-star recruit.